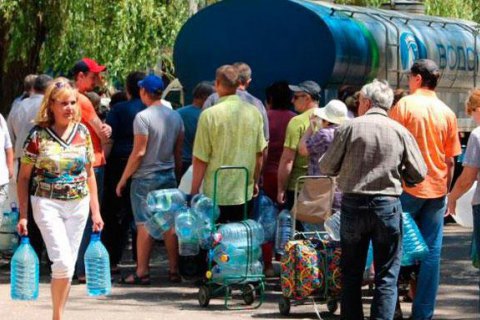 A local emergency situation has been declared after the Donetsk water filtering station was stopped, the press service of the Ministry for Temporarily Occupied Territories has tweeted.

"All other gas, water and power supply facilities in Donetsk and Luhansk regions work in a regular mode," it said.

A reservoir in Avdiyivka, which receives water from the Donetsk filtering station, holds enough water for four days.

As of 9 June, technical water will be supplied by tank trucks.