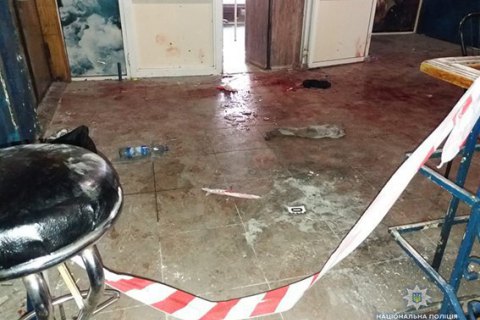 Eight people were injured when am explosion rocked the Luna night club in Sumy at around 6 a.m. on 10 June, the regional National Police directorate has said.

Police detained a 28-year-old man who set off a grenade in the club. According to preliminary reports, he did this on the second floor right above the front area near the entrance to the club where people were standing.

A witness told the local news website Dankor that she was leaving the Svitlana shopping centre, where the night club is located, when she saw a man with a masked face walking fast. The explosion went off a minute later.

Out of eight injured people hospitalized, two are in grave condition.