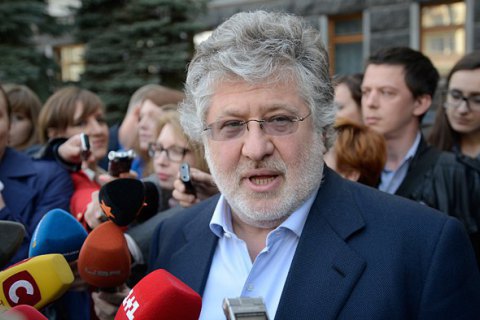 The National Bank of Ukraine (NBU) has filed new lawsuits with the courts of Switzerland and Ukraine against former PrivatBank stockholder Ihor Kolomoyskyy, the NBU's press service has reported, according to Ukrinform.

"The lawsuits concern the fulfilment by Ihor Kolomoyskyy of his obligations in respect of personal guarantees granted in 2016 in favour of the National Bank. The purpose of the lawsuits is to provide repayment of the refinancing loans that the NBU provided to PrivatBank between 2008 and 2015. In general, the claims are aimed at the repayment of arrears under five loan agreements for about UAH 10 billion," the report says.

According to the NBU, the first lawsuit was filed at Kolomoyskyy's place of residence in Switzerland - with a trial court in Geneva.

The second set of suits was filed at Kolomoyskyy's place of property in Ukraine - with the Dnipropetrovsk regional economic court.

"Such a decision by the National Bank shows that the regulator is ready to conduct litigation against Ihor Kolomoyskyy both in Ukraine and abroad in order to bring him to justice. Ihor Kolomoyskyy demonstrated unwillingness to fulfil his obligations voluntarily, despite the grave consequences that the Ukrainian state is forced to suffer as a result of his actions," the NBU said.

The regulator expressed confidence that both Swiss and Ukrainian courts would meet the NBU's requirements.