UN leader Antonio Guterres has publicly "shuffled" international norms - from impermissible to acceptable. In a matter of few days, he managed to make the entire world feel awkward: how can the democratic community confront international crimes, if even the UN head finds it more interesting to watch football at Russian stadiums? And football is more interesting to him than the display of solidarity with the families of the killed MH17 passengers.

The secretary-general is the main carrier and representative of international norms established and agreed after World War II. Russia is the main violator of these norms today. And these concepts are not abstract, they are very fundamental and generally known.

First, Russia violated the UN Charter as regards threats and use of force against other states and the seizure of the territory of other states. Also, it violated the charter on the financing and support of terrorism, it violated international humanitarian law and continues to abuse human rights.

Second, Moscow ignores the UN Security Council resolution 2401 on the ceasefire in Syria. And this is not to mention the General Assembly Resolution A/RES/68/262 on the territorial integrity of Ukraine.

However, who cares about diplomacy, ethics and international law when their favourite team is on the field! On 1 June, the Russian Permanent Mission to the UN hosted a reception called "15 days to 2018 FIFA World Cup Russia" at the UN Headquarters in New York. Guterres, who attended the event, wished Russia success in holding the tournament. He also said that he was planning to attend his home country Portugal's game against Morocco in Moscow. "I am not sure whether the respected ambassador of Morocco is present here but one of us will be very sad by the end of the game," he joked.

A week after, the UN secretary-general did not change his mind. His spokesman Stephane Dujarric confirmed Guterres's plan to go to Russia at a briefing on 8 June. As he put it, "this is part of an official visit. He will be going… having a bilateral meeting with President [Vladimir] Putin, and he will be attending one game."

"What the eyes don't see, the heart doesn't grieve over"

While the secretary-general was making plans to attend a football match, the world was full of various news. Guterres's future attendance at a football match in Russia was discussed in New York on the day when yet another Russian attack in Syria was the top story in the US media.

"At least 35 people were killed when Russian warplanes attacked a rebel-held village of Zardana in northwestern Syria… The airstrike is so far the deadliest in Idlib province this year," The New York Times said on 8 June.

In addition, at least 80 people were wounded as a result of the airstrike. Three members of the pro-opposition White Helmets group were killed as they evacuated the dead and wounded.

UN journalists also recalled the airstrikes in Syria at the 8 June briefing. Ironically, the question about Russia's involvement in the attack in Syria preceded the aforementioned question about the World Cup. 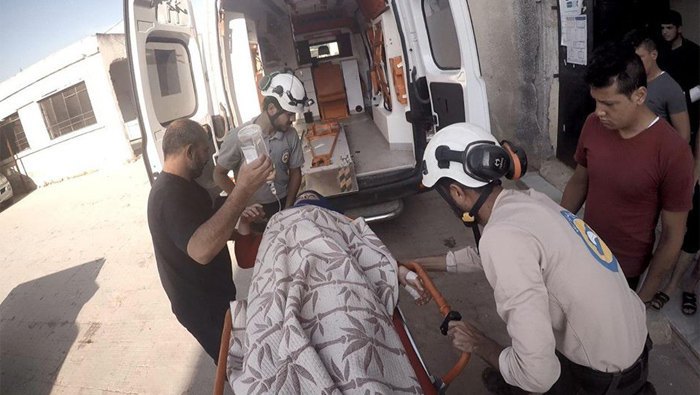 And a few hours before this briefing at the UN, US President Donald Trump made a speech before going to Canada for the G7 summit, in which demanded that G8 should be restored by bringing back Russia as its member. Let me remind you that Moscow was excluded from the group after it occupied Ukraine's Crimea in 2014 and waged a military aggression in Donbas. That same year, the Russians shot down Malaysia Airlines Flight 17, killing all 298 people on board.

While at the UN HQ in New York Guterres's spokesperson was fielding questions about who the secretary-general was going to cheer for at the World Cup Russia, the families of the killed MH17 passengers held a protest outside the Russian embassy in The Hague (Netherlands). They put 298 white chairs (by the number of the victims) in the park opposite the embassy building. There were red roses on some chairs. In front of them they put the poster "Justice for MH17".

Let me remind you that a day earlier, Dutch investigators confirmed the previous expert conclusions that the air defence missile system Buk, which was used to destroy the MH17, was brought to the occupied territory of eastern Ukraine from a military unit in Russia (Kursk). 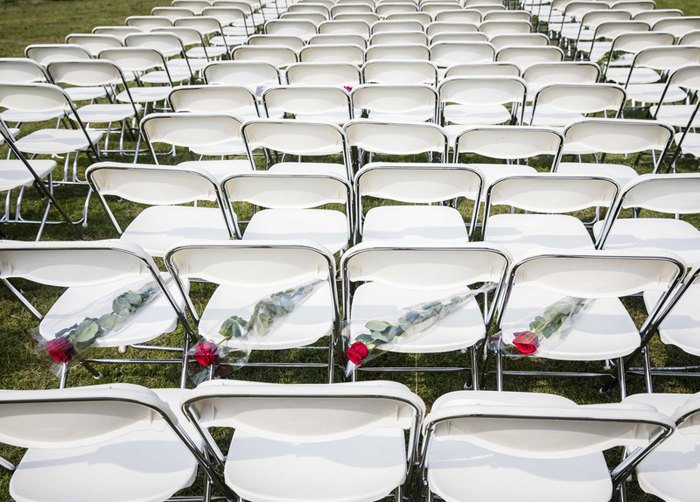 On 17 July, the day after the World Cup Russia is officially over, the bereaved families will mark the fourth anniversary of the MH17 tragedy.

On the eve of the World Cup, the MH17 victims' families wrote an open letter to the Russian people. "The fact that Russia will host the Football World Cup prompted us to write a letter. It will be opened by the leaders whom we hold responsible for the death of our loved ones," explained the father of 25-year-old Jack O'Brien, who was killed in the plane crash.

He added that his son Jack had played football since he was seven. "This game was his biggest passion. And now I am bewildered by the fact that the cup is being held there (in Russia - ed), and Jack is not here to join us," Jon O'Brien said.

In the cover letter, he noted that after receiving the original text of the statement, a Russian translator refused from the order over safety concerns. It was the Russian daily Novaya Gazeta which translated and published the letter.

"International solidarity? Never heard of it"

The Dutch victims of the Russian terrorism were not the only ones to suggest a boycott of the World Cup in Russia. Some countries and organizations gave higher priority to international solidarity than to any football games.

The authorities in Ukraine, whose people have been fighting Russian aggression for four years now, share this opinion. Ukraine has had the support of the world community in the UN, PACE, OSCE, NATO and other international organizations.

This is also said by members of the European Parliament. On 14 June, they plan to expand the resolution on human rights in Russia with a clause about a diplomatic boycott of the World Cup in Moscow by EU officials. 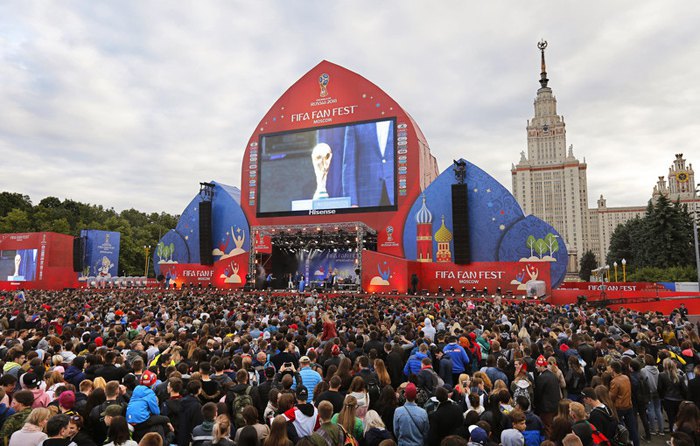 The opening ceremony of FIFA Fan Fest in Moscow, 10 June 2018

In March, British Prime Minister Teresa May said that members of the royal family and government secretaries would not travel to Russia because of the poisoning of former Russian intelligence officer Sergei Skripal and his daughter Yulia in Salisbury. As a sign of solidarity with Britain, a diplomatic boycott was supported by Iceland.

Later on, Polish President Andrzej Duda announced his decision not to attend the opening ceremony of the World Cup. And on 7 June, the Australian government decided that its members would not visit Russia. Foreign Minister Julie Bishop announced that only the ambassador would attend the games of the national team.

Is the UN secretary-general aware of this international reaction? Most likely he is because it is his job. Therefore the question whether it is reasonable for the head of the organization, which should not tolerate aggressive states that wage wars and carry out terrorist attacks, to travel to Russia is even more burning.

Guterres is not just a Portuguese who wants to see his team play. First and foremost, he is the secretary-general of the United Nations. Therefore, he must defend and insist on the position of the world community on many international issues. By going to Russia to watch football, the UN secretary-general will, in fact, ignore the resolutions and statements adopted by his organization with regard to Russia's actions (in Ukraine, Syria, etc.).

Of course, there can be a particular need for a meeting with the Russian president (for reasons that the secretary-general did not disclose). In this case, he can always meet Putin after the World Cup.

And there are hardly any diplomatic rules that oblige him to sit in the stands during football competitions.