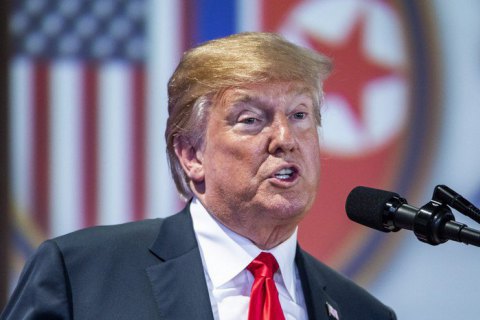 US President Donald Trump did not say anything about Russia's affiliation with Russia, his remarks were taken out of context, Ukrainian Foreign Minister Pavlo Klimkin has said in a commentary for LB.ua.

"I remember perfectly well what Trump said during the meetings. Yes, he has his own set of words, his logic, but he never said that Crimea is Russian. And as far as I know, he did not say this at the latest talks with the French president and the German chancellor where they discussed Crimea, political prisoners and Donbas," he said.

There is no proof to Buzzfeed's article which said "Trump told G7 leaders that Crimea is Russian because everyone speaks Russian in Crimea", Klimkin added.

He recalled that during his meetings with Trump, the US president was indeed curious about whether people in Crimea speak Russian and "we discussed in detail how it is".

"I asked our foreign partners (about Trump's remarks on Crimea – ed.), many phrases were taken out of context. Do not get excited and blow two or three words said during the dinner out of proportion," he said.

Klimkin said he knew who was spreading fake news. "One should not share this nonsense, it is said," he added.