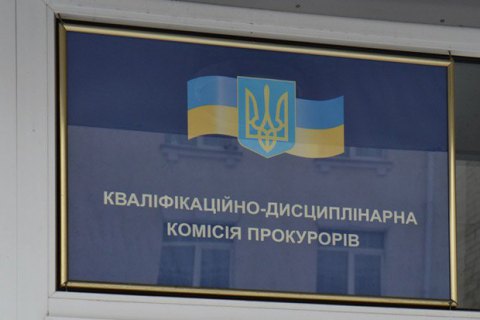 At its 26 July meeting, the Qualification and Disciplinary Commission of Prosecutors (QDCP) reprimanded the head of the Special Anticorruption Prosecutor's Office (SAPO), Nazar Kholodnytskyy, QDCP head Vitaliy Hrushkivskyy has announced.

Kholodnytskyy has headed the SAPO since its creation in 2015.

At the end of March 2018, Prosecutor-General Yuriy Lutsenko and the director of the National Anticorruption Bureau of Ukraine (NABU), Artem Sytnyk, asked the QDCP to consider Kholodnytskyy's dismissal, which triggered disciplinary proceedings.

Before that, the Prosecutor-General's Office (PGO) and the NABU had been listening to Kholodnytskyy's office for about a month. According to Sytnyk, Kholodnytskyy exerted pressure on subordinates, court and witnesses in a number of high-profile cases.