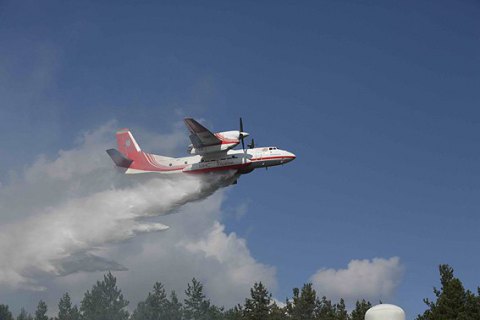 Ukraine has sent an An-32 (p) plane and eight crew members of the State Emergencies Service to help Sweden extinguish wildfires, according to a government decision.

"At 10.30 p.m. yesterday, we received an urgent request for assistance to fight forest fires in Sweden from the Euro-Atlantic Disaster Response Coordination Centre. I suggest we use planes available to the State Emergencies Service," First Deputy Interior Minister Serhiy Yarovyy said.

Wildfires broke out in Sweden because of the unusually dry spell in the recent weeks. Around 40 fires are still active and the number is growing.

The three strongest fires span the area of over 20,000 hectares.