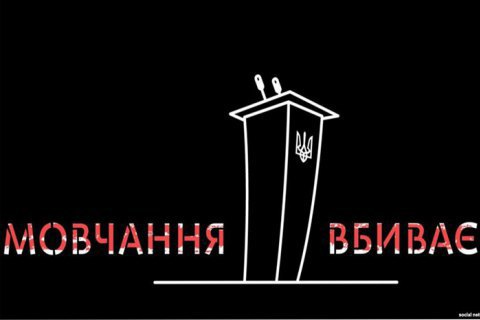 Ukrainian President Petro Poroshenko has said he shares concerns of participants in the "Silence Kills" event about numerous attacks on public activists, his press service has reported.

"Back on Monday he called the head doctor at the Odesa city clinic to check on public activist Oleh Mykhaylyk. Acting within the remit of his constitutional powers, the head of state heard a report by Prosecutor-General Yuriy Lutsenko and Interior Minister Arsen Avakov and demanded that they investigate the attacks on people with active life stances," it said.

The president is unhappy with the overall crime situation and demanded that the coordination council on fight against crime discuss the matter and report accordingly.

The "Silence Kills" event is being held tonight in Kyiv and several other cities of Ukraine. Its participants are picketing local authorities, demanding the attacks on activists be investigated and their perpetrators punished.