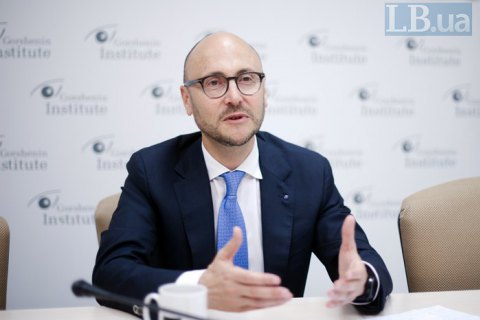 Serhiy Husovskyy, the leader of the Kyiv Team group of Kyiv city councilors, does not rule out that Vitaliy Klitschko will run for president.

“Vitaliy Klitschko is a very successful athlete. I like him as a person. He is ambitious. He is a symbol, a Ukrainian brand. Klitschko’s reputation prevents him from understanding the reality to a certain extent,” he said in an interview with LB.ua.

Asked whether Klitschko is going to seek re-election as Kyiv mayor, Husovskyy said: “I think it is quite possible. He may as well run for president.”

However, he questioned Klitschko’s choice of team members and managerial decisions he made.

Nevertheless, he has “no doubt that Vitaliy Klitschko wants Kyiv to be a successful, comfortable city”.