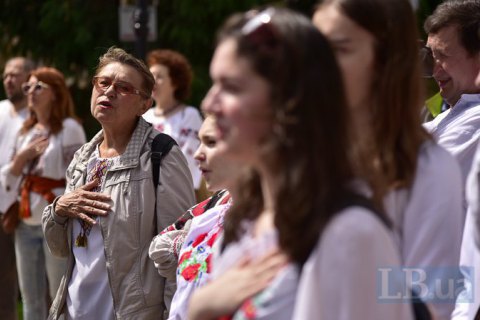 Friedrich Ebert Stiftung Belarus&Ukraine and Gorshenin Institute will present the findings of a nationwide sociological survey “Ukrainians’ attitude toward social democracy” on 12 October.

Participants in the event include Marcel Röthig, director of the Friedrich Ebert Stiftung Ukraine&Belarus, Kondrad Golota, an adviser on Central and Eastern Parties at the Party of European Socialists (PES), and Bogdan Ferens, a member of the coordination council at the Institute of Democracy and Social Progress, a co-founder of SD Platforma NGO.

In addition to presenting the findings, the two think-tanks will also host a discussion about ideologies with which Ukrainians in various regions associate themselves; how they understand such concepts as “freedom”, “justice” and “solidarity”; what the Ukrainian society thinks about the quality of social care in modern Ukraine and in Soviet times; whether Ukrainians are ready to pay more taxes to improve social protection; which political parties, according to Ukrainians, share social democratic values.

“A large number of people find it difficult to associate themselves with either “left”, “right” or “centrists” and work out which ideology matches their views. At the same time, to a certain extent, Ukrainians gravitate towards centrist views and the social democratic trend, being its “golden mean”, enjoys the highest support,” the survey organisers said.

To register for the event, please fill in the form.