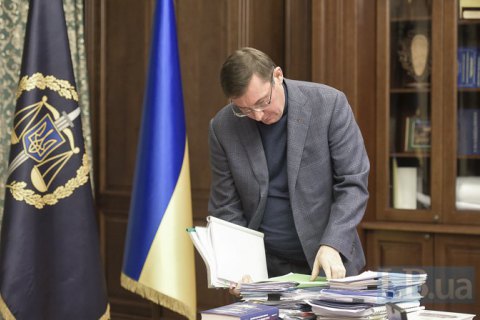 The Prosecutor-General's Office (PGO) will not ask parliament to strip Radical Party MPs Oleh Lyashko and Ihor Mosiychuk of immunity from prosecution despite the request from the National Anticorruption Bureau of Ukraine (NABU) and the Special Anticorruption Prosecutor's Office (SAPO).

Prosecutor-General Yuriy Lutsenko said the documents filed by the NABU and the SAPO are "incomplete and cannot be sent for consideration by the Supreme Council".

"I can confirm once again that I had the motion for MP Lyashko and MP Mosiychuk, which were initiated by the NABU and the SAPO. The legal analysis of both motions by the PGO showed they were incomplete and unpersuasive. Therefore I cannot refer these documents for consideration by a [parliament] session," he said.

He added that the list of PGO motions for stripping MPs of immunity from prosecution had been exhausted.

On 15 September, NABU head Artem Sytnyk said his office had not prepared a motion for Lyashko. Neither had it sent it to the SAPO. However, he confirmed it was investigating Lyashko's activities.