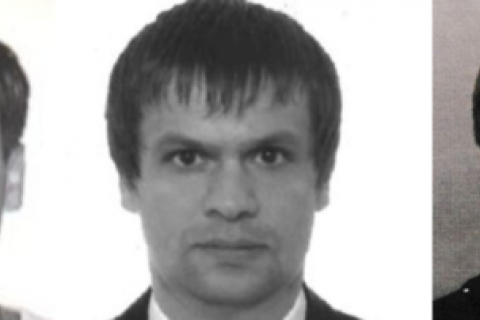 “Chepiga (Boshirov) took part in Yanukovych’s evacuation to Russia. At least this is what my sources have evidenced. He and his special forces subdivision were at Yanukovych’s residence Mezhyhirya. He was there, he guarded him. From there they transported him to Crimea and then to Russia,” says Kanev, who was involved in the Bellingcat and The Insider investigation into the Skripal case suspects.

This investigation revealed that the two suspects, who claimed to be visiting Salisbury at the time of the poisoning as tourists, were in fact GRU officers and that Boshirov had even previously been awarded the Hero of Russia award.

According to Kanev, Chepiga was awarded this prestigious title for the evacuation operation. President Putin’s former security guard Alexei Dyumin also received the same award for participating in the same operation, Kanev adds.

“This person was in the Ministry of Defence at that time, but now he is the Governor of the Tula region [of Russia]. Everyone says that Dyumin is Putin’s successor. I also know that this award was given to people who went on to form the backbone of PMC Wagner,” Kanev told Hromadske.

Kanev has promised to publish a detailed investigation into Chepiga’s (Boshirov’s) participation in the special operation to evacuate Yanukovych to Russia.

Hromadske appealed to some of the people involved in the ongoing criminal cases against the former president. Yanukovych’s lawyer Olexander Horoshynsky, who only recently joined the case, says that he was unaware of Russian special forces having been involved in Yanukovych’s evacuation, or the surnames “Boshirov” and “Chepiga.”

The prosecutor in Yanukovych’s treason case Ruslan Kravchenko told Hromadske that he can neither confirm nor deny Chepiga’s (Boshirov’s) participation in the ex-president’s evacuation because the investigation does not know who from the Russian side took part in this operation.

Vitaliy Serdyuk, another one of Yanukovych’s lawyers, told Hromadske that he “completely refutes” the GRU’s participation in the evacuation. According to him, when Yanukovych was near Melitopol, in the southeastern Zaporizhia region of Ukraine, his chief security guard Kostyantyn Kobzar called the Russian Federal Protective Service (FSO), and then a helicopter came to get him. The defence lawyer is certain that the FSO organized this operation.

However, Serdyuk was unable to say which FSO officials organized the evacuation.

Hromadske’s sources in the Prosecutor’s Office say that the investigation did not record any Russians being present at Mezhyhirya at the time. However, on February 22, 2014, when Yanukovych was in Kharkiv, the former president’s security guards were in contact with Russians.

“We have billing information from Russian phones. Six numbers. But it’s unknown whether they were definitely in contact by telephone or physically in contact. This was February 22. By the night of February 23, they were already physically next to Yanukovych in Urzuf, Donetsk region. From there they sent him to Yeysk, in the Krasnodar region of Russia, and from there they escorted him by plane to Anapa, and from Anapa by military transport plane to Hvardiyske in Crimea,” an interlocutor told Hromadske.

What’s more, according to sources in the Prosecutor-General’s Office, two of the six people escorting Yanukovych also organized a meeting between former Ukrainian Prime Minister Mykola Azarov and Russian President Vladimir Putin the presidential residency between St Petersburg and Moscow.

“Maybe they were GRU officers, or with the Russian president’s security,” Hromadske’s source adds.