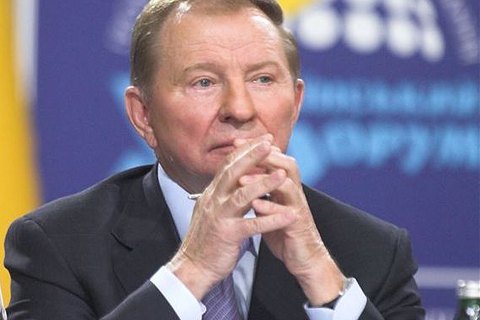 Former Ukrainian President Leonid Kuchma, who turned 80 this summer, concluded his work as Ukraine's representative to the Trilateral Contact Group (TCG) at the Minsk talks on Donbas on 2 October.

"Leonid Kuchma also expressed special thanks to the Belarusian side for assistance in organizing the negotiation process," she wrote. Special Representative of the OSCE Chairperson-in-Office to the Trilateral Contact Group Ambassador Martin Sajdik thanked Kuchma on behalf of the Group for his contribution to the Minsk process, "as well as for his wisdom and dedication to his state, Ukraine, demonstrated during the negotiation process in Minsk," Olifer added.

Kuchma earlier announced he was going to quit the Minsk peace talks. On 2 October, he attended the negotiations for the last time.

Olifer earlier said Kuchma was not supposed to submit a letter of resignation as he was working pro bono. In her words, Kuchma sees Ruslan Demchenko, an adviser to Ukrainian President Petro Poroshenko, as his successor.