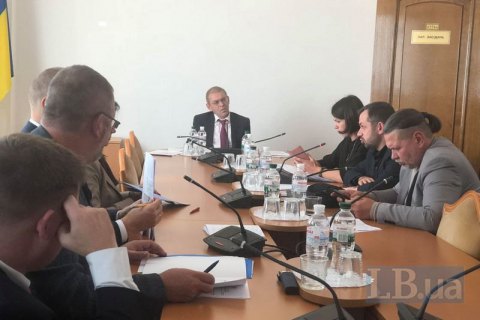 The parliamentary committee for national security and defence today approved a one-year extension of the law "On the special regulations on local self-government in certain areas of Donetsk and Luhansk regions", as suggested by the president's bill No 9153.

According to an LB.ua correspondent, only eight MP attended the meeting whereas the minimum required for the quorum is 10.

Despite the shortage, the present MPs heard deputy speaker Iryna Herashchenko's report on the bill and had a signal vote.

The committee also discussed a resolution in which they ask the National Security and Defence Council (NSDC) to introduce sanctions with regard to the owners of the Newsone and 112 Ukrayina TV channels, whose editorial policy is often seen as pro-Russian.

"It is not about the freedom of speech. It is about the defence of our state in the hybrid war waged by Russia," Pashynskyy said.

The committee also suggested the NSDC and the Security Service of Ukraine (SBU) should check other channels for "anti-Ukrainian efforts".