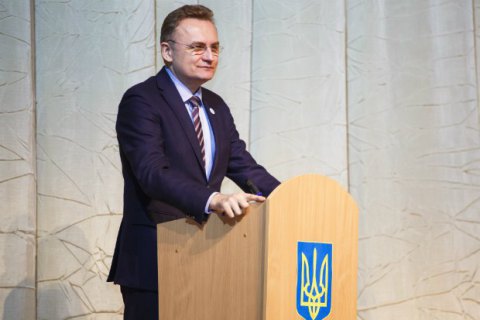 Lviv mayor Andriy Sadovyy has decided to run for president in 2019, his Self-Reliance party's press service has said.

"My goal is very simple and difficult at once, that is to restore confidence in Ukraine," he said at a meeting with young people in Lviv.

His campaign will focus on "mobilizing young people, breaking the corrupt practice of political cover-up, and modernising the country".

"We are lagging behind global leaders by dozens of years. We should pull together our best strengths and intellect of the nation to catch up with the world. This is a matter of national security and survival. Otherwise, there will be no wellbeing, no happiness, no victory in the war. It is up to us and we can do this," he said.

He promised to present his election team and urged those who seek "resolute changes" to join him.

On 14 September, Sadovyy said that Self-Reliance would run for parliament.