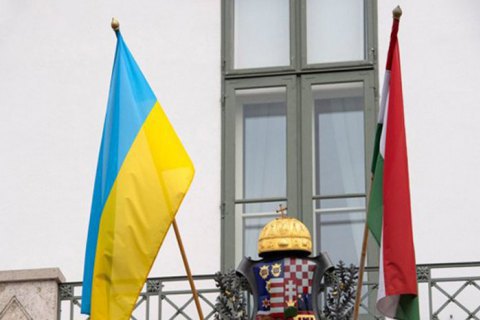 Ukraine has expelled the Hungarian consul based in Berehove, Transcarpathian Region. He has 72 hours to leave the country, the Foreign Ministry has said.

Hungarian ambassador to Ukraine Ernő Keskeny was handed a note saying that “according to Article 23 of the 1963 Vienna Convention on Consular Relations, in connection with activities incompatible with the status of a consular officer, the consul of the Consulate of Hungary in the town of Berehove must leave the territory of Ukraine within the next 72 hours”, the ministry explained.

It added it was hoping Hungary would abstain from unfriendly steps in relation of Ukraine while its officials would honour Ukrainian law.

Ukrainian citizens of Hungarian descent “as a unifying factor in relations between the two states”.

Relations between Ukraine and Hungary took another spin for worse after a video showing Transcarpathians receiving Hungarian passports in secret was leaked online.

The Ukrainian Foreign Ministry suggested Hungary should revoke the consul but Budapest did no such thing. Instead, the Hungarian foreign minister said the video was used to fan anti-Hungarian sentiments in society ahead of the looming election campaigns.

According to a report by HVG.hu later on 4 October, the Hungarian Foreign Ministry summoned the Ukrainian consul in Budapest and told him to leave the country during 72 hours.

“Relations in Ukraine recently shifted in the wrong direction, although it is in in the interest of Hungary to have a strong and democratic Ukraine as our neighbour,” Foreign Minister Peter Szijjarto said. “Ukraine continues to escalate the conflict.”