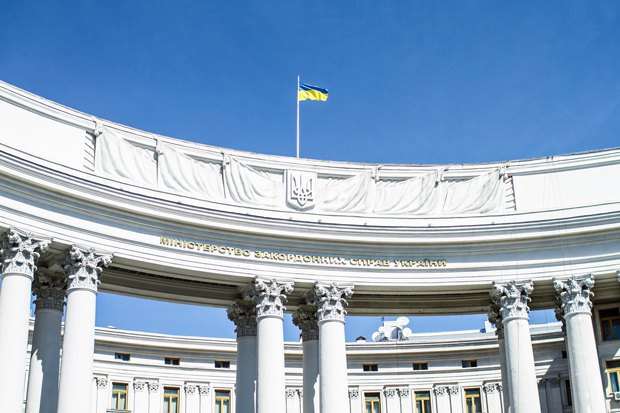 In total, Ukraine has 126 overseas offices: embassies (about 80), consulates general, representative offices at international organizations. And, traditionally, once a year Ukrainian media raise the issue of Ukraine's vacant diplomatic posts abroad. So, as of January 2019, there are no ambassadors in nine countries, they are headed by charges d'affaires ad interim.

At the same time, the situation with the appointment of ambassadors is not frozen. A year ago, the list of vacancies was twice as long: in January 2018, Ukraine did not have ambassadors in 17 foreign countries. So, eight ambassadors have been appointed over the year.

In addition, a further three (out of nine missing) ambassador positions are awaiting an agrément (consent) from host countries. The Foreign Ministry does not publicly announce these countries and the names of future ambassadors until all the procedures are complete in order not to create problems in the work of current and future diplomats.

"Not every embassy is headed by an ambassador. It depends on the scope and level of bilateral relations," the state secretary of the Ukrainian Foreign Ministry, Andriy Zayets, told LB.ua earlier. 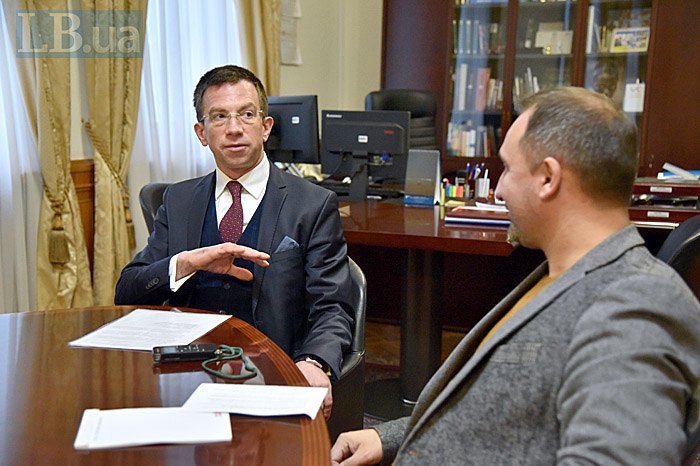 "There is no country in the world which has 100% of its ambassadorial posts filled," another high-ranking official of the Ukrainian Foreign Ministry added.

Thus, only six vacant countries will remain in the near future. And the rest of the posts are likely not to be filled at all.

First, because the level of diplomatic relations with Russia has been lowered due to the war unleashed by the Kremlin, and there are no plans to appoint an ambassador there any time soon.

Second, not all the countries require ambassadors, the level of a charge d'affaires ad interim is quite sufficient. Like, for example, Cuba, which always votes against Ukraine on international platforms.

Third, there are countries where the absence of Ukrainian ambassadors is based on the principle of reciprocity: "we don’t have your ambassador, you don’t have our ambassador". This is the case both in Ireland and Ethiopia.

True, not everyone agrees with this position. A former Ukrainian ambassador currently working in the Foreign Ministry's central office now, told LB.ua that the generally accepted diplomatic "reciprocity principle" in appointing ambassadors is not entirely appropriate.

"If we rely on this principle, such embassies (where there is no ambassador or no plans to appoint them - auth.) should be closed altogether, for there is little sense in them," he suggested. The diplomat explained that even the most talented charge d'affaire ad interim cannot have the same level of access to local politicians as an ambassador. And if Ukraine has no ambassadorial presence in a foreign country, this gap is immediately filled by Russians (and they have more than 160 embassies all over the world) with their own views on Ukrainian-Russian relations. "So, in the end, some countries always speak against Ukraine on international platforms because nobody works with them," the ex-ambassador said.

So, according to the diplomat, in the conditions of the war unleashed by Russia, the Ukrainian embassies abroad should be headed by ambassadors only, regardless of whether a particular country has its ambassador in Ukraine or not.

There is another popular opinion: on the eve of the elections, vacant ambassador posts are allegedly specifically reserved for "one's own" politicians/officials, who will be awarded "for merits" with an honorary foreign business trip.

The diplomats interviewed by LB.ua were sceptical about this option, saying the countries currently on the list are hardly a big bonus. "The list of the remaining countries shows that the president is hardly considering a possibility of his withdrawal," one of the diplomats said. 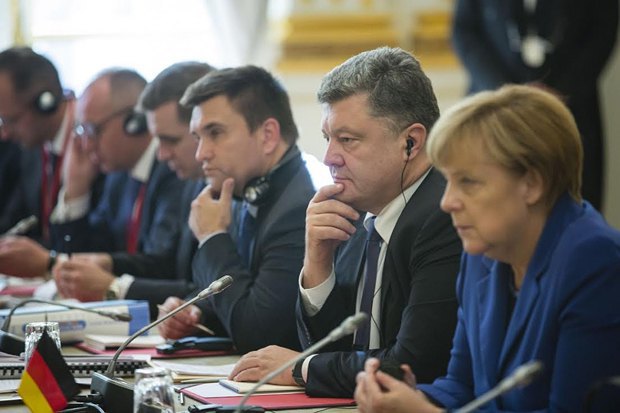 However, the president has other ways to send his people on a business trip abroad. First, he can recall an ambassador from any country ahead of time. Especially from those countries where ambassadors have been appointed by ex-presidents Yanukovych or even Yushchenko. They have long "overstayed" a legally defined five-year limit on business trips.

This limit is a common international practice seeking to a) prevent corruption, and b) avoid the Stockholm syndrome, that is, not to let a diplomat "get too close" to the host country and forget about his country's interests.

Second, the list of some of the "right" people can easily be traced with the help of the recently updated (21 December 2018) "List of diplomatic posts assigned to diplomatic ranks" (No 434/2018). In it, diplomatic posts are equalised with posts in other (than the Foreign Ministry) government offices such as the presidential administration, the Cabinet of Ministers (for example, the head of the prime minister’s office and his deputy, or a foreign affairs adviser to the prime minister), as well as diplomatic advisers from other government agencies.

Why is the procedure for appointing ambassadors so protracted? The thing is being an ambassador is not an ordinary diplomatic service. An ambassador's post is not always the top of diplomatic service for a career diplomat because it is a combination of both professional qualities and political will.

In practice, this happens in the following way: first, the Foreign Ministry carefully selects a candidate and sends his or her nomination to the president for consideration via the foreign affairs department of the presidential administration.

By the way, the department management and ordinary employees also travel for work abroad on an equal footing with Foreign Ministry employees. For example, the current ambassador of Ukraine to the USA, Valeriy Chalyy, is a former deputy head of the Presidential administration for foreign affairs. And Ukraine’s ambassador to the EU, Kostyantyn Yeliseyev, who is now believed to play a key role in selecting and appointing heads of diplomatic missions, came to replace him in Kyiv from Brussels. 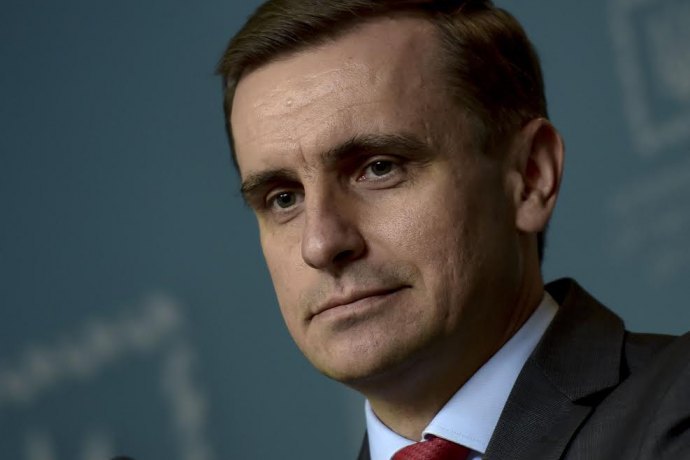 The Ukrainian president's personnel policy in foreign affairs is also under the influence of his first aide, Yuriy Onishchenko, a career diplomat, old friend and associate of Petro Poroshenko. And, judging by media reports, he may at least have been involved in the appointment of scandalous Ukrainian diplomat Vyacheslav Yatsyuk (under Yanukovych, he was responsible for informing foreign ambassadors about "Maidan crimes") as ambassador to Norway, where he himself had worked until 2014.

Thus, after candidates are orally agreed with the presidential administration (which saves time), their documents are sent for appointment.

Then comes the stage when a candidate has to be vetted by the host country which will then issue an agrèment. And only after it is received, a relevant decree to appoint one or another ambassador by the president of Ukraine will be prepared.

However, there was a case in the recent history when, even after receiving the agrèment was issued, the candidate refused to take office: MP Anatoliy Matviyenko changed his mind about becoming the ambassador to Kazakhstan.

Several sources in the Ukrainian Foreign Ministry told LB.ua that "the main diplomat in the country is President of Ukraine Petro Poroshenko" (he headed the Foreign Ministry and this is his responsibility according to the Constitution) initially puts high demands to ambassadors in all countries, not only in seven to 10 key states (as it was under the previous heads of state).

In particular, some of these requirements to ambassadors in the past four years included command of two foreign languages (that of a host country and English), professional training and expertise. Also, they had to sit a personal interview with the president.

By the way, in some countries the Foreign Ministry has to offer the head of state a choice of three candidates, leaving it to him or her to choose the best one. 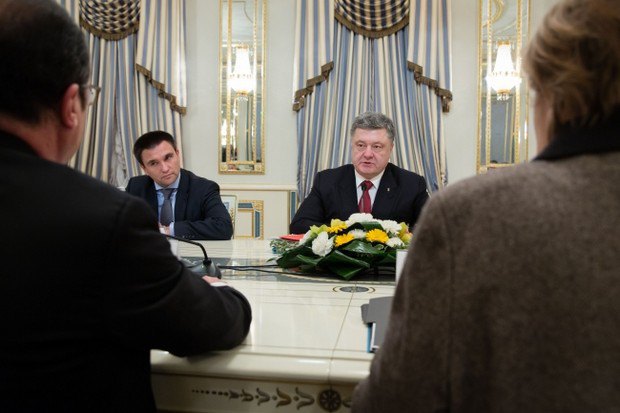 Therefore, it is sometimes very difficult to please the president, and the search for candidates stalls. Hence, the slow pace of renewing diplomatic missions.

However, there are exceptions too. Diplomats anonymously recalled some rather controversial appointments as foreign ambassadors - in these cases the political will of the president (or his foreign policy aides from the presidential administration) was more obvious than the professional qualities of the candidates as they did not fully comply with the requirements mentioned above.

Earlier, an ambassador's post would require a diplomat at least at the level of deputy head or head of a department in the Foreign Ministry's central office. Or these could be political appointees - governors, ministers or heads of other agencies. Now section heads or advisors can become ambassadors. The only mandatory factor is political will.

Therefore, every appointment of an ambassador is a personal decision of the president, his political will. And this means that the head of state is personally responsible for the performance of this diplomat and diplomatic mission.