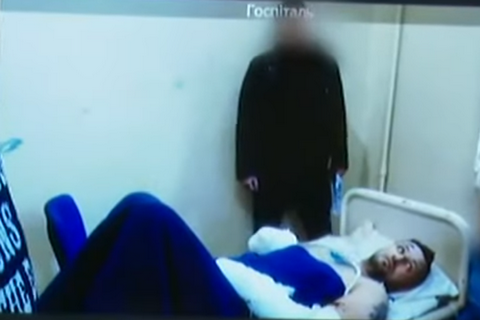 The saboteur who got wounded on 4 April while planting a bomb under the car of a Ukrainian special service member has survived.

According to the chief of the Security Service of Ukraine (SBU), he is now in hospital.

Earlier, the Prosecutor-General’s Office said that the man had succumbed to multiple wounds in hospital without regaining consciousness.

Hrytsak said that the saboteur had a fake Kyrgyz passport issued to Aleksey Lomako. His real name is Aleksey Komarichev.

He is a Russian national and an officer of military intelligence.

Seven members of the team have been detained, including Russian officer Timur Dzortov.