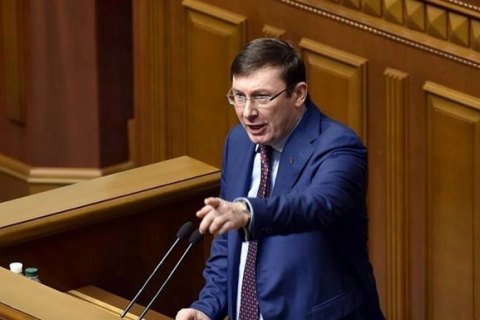 Prosecutor-General Yuriy Lutsenko has admitted that US ambassador Marie Yovanovitch has not given him a "do not prosecute" list.

Lutsenko described details of the visit in an interview with The Babel.

"The meeting was at the Prosecutor-General's Office, right at this table in January 2017. It was not one on one. She was not alone, and I was not alone. Mrs Yovanovitch was interested in the case of Vitaliy Kasko . The thing is that Mr Kasko registered his mother in his office apartment, who never left Lviv, there were signs of abuse in this," Lutsenko said.

In early March, Prosecutor-General Yuriy Lutsenko said in an interview with The Hill that the US ambassador gave him a list of people who should not be prosecuted. The Department of State called his statement "an outright fabrication".