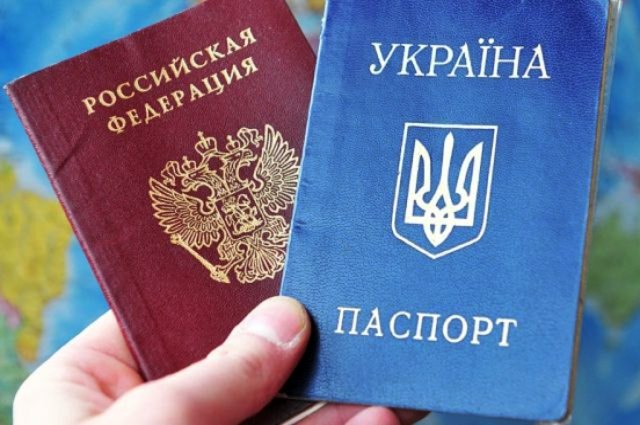 
According to the Russian daily Kommersant, after the second round of the presidential election in Ukraine, Russian President Vladimir Putin may sign a decree that will entitle residents of the self-proclaimed Donetsk and Luhansk people's republics (DPR and LPR, together known as ORDLO)) to Russian citizenship under a simplified procedure. Putin's spokesman Dmitriy Peskov said at the same time that the Kremlin is not yet ready to comment on this report.

The reports about the future issuance of passports to ORDLO residents are not news for Ukraine and has been overshadowed by the election fight.

In particular, in early January 2019, the representative of the ombudsman in Luhansk and Donetsk regions, Pavlo Lysyanskyy, said Russian representatives have been campaigning in Donbas to persuade locals to apply for Russian passports. "One Nikolay Starikov was there recently. He held events there and actively promoted the idea that Donbas residents should be provided with Russian passports. It was not his only message for the residents of Donbas, all separatist media have been saying this," Lysyanskyy said.

Quoting information from Ukrainian intelligence, the Ukrainian Defence Ministry also warned about the beginning of the phased issuance of Russian passports. "In particular, the so-called "leadership of the republics" is intensively disseminating information about preparations for the phased replacement of local residents' L/DPR passports with Russian ones. At the same time, civil servants and representatives of uniformed agencies will allegedly be the first to get Russian passports," the spokesman for the Defence Ministry, Maksym Prauta, said at one of the briefings.

Why are passports important?

By issuing passports to ORDLO residents, the Russian Federation is trying to boost loyalty of the local population to the occupation and strengthen the shaky pro-Russian sentiment.

The experience of Abkhazia and South Ossetia has shown that the issuance of Russian passports should relieve social tensions under the occupation because locals will now be able to go to Russia for work.

One should not forget about Putin's falling rating amid the general absence of any positive agenda for wide groups of the Russian population. 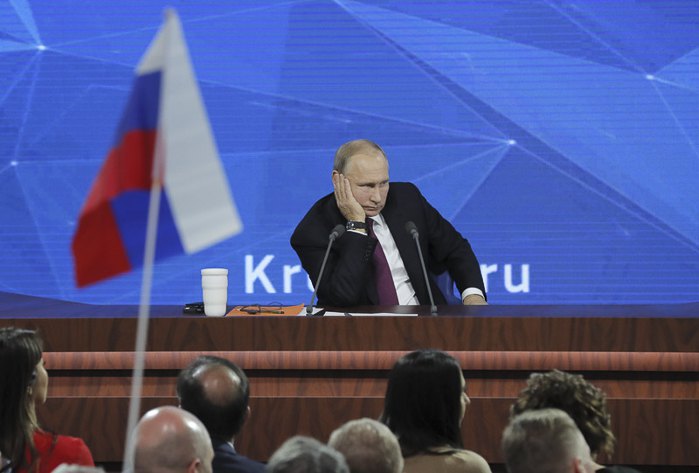 
Therefore, some Russian officials, who get scolded for the failure of Russian policy in Ukraine, are constantly compelled to come up with new ideas.

In addition, the former secretary of the DPR security council, Oleksandr Khodakovskyy, said in early March that in the event of an escalation of the military conflict, the issuance of passports would allow Russia to "declare the need to fulfill its duty to protect its citizens". The former "defence minister" of the DPR, Igor Girkin, also spoke about this.

Current status of the process

Civil servants, security officials and pensioners will be the first to receive passports, they will be issued locally. The rest will have to go to Russia's Rostov Region to get the documents. According to Kommersant, the Russian regions bordering ORDLO have already "prepared the entire infrastructure for the reception of citizens".

The mandatory requirement is to have a DPR/LPR passport. Sources in law-enforcement agencies told LB.ua that 500,000 blank forms had been prepared by now. Local uniformed agencies have been told that the issuance of passports will begin in May. In parallel, the separatist authorities are charging 9,000 roubles per passport.

Moreover, members of paramilitary groups are told off the record that once they have Russian passports, they can quickly be registered as "peacekeeping forces"; all that remains is to provide them with appropriate insignia.

Initially, Moscow did not want to recognise the occupied regions of Donbas and issue passports to their residents to avoid the backlash from the world community. This option was considered to be an extreme measure, the “last argument of the kings”. However, an intermediate option was used: Russia recognises South Ossetia which, in turn, recognises the DPR.

The ideologists in Moscow explained their unwillingness to allow for the de facto integration of ORDLO, first of all, by their desire to preserve Ukraine as a partner in special relations with Russia. Propagandists were busy scaremongering, saying that by withdrawing ORDLO from the composition of Ukraine, the Kremlin would shift the internal balance towards the conventionally pro-Western forces in Ukraine. "In this case, we proceeded from the fact that Donetsk and Luhansk should be returned to the common political field with Ukraine, but on decent conditions. That is, without reprisals, without settling scores, but with a special status - as an element of a federation or confederation. And the very return of Donetsk and Luhansk in this status was expected to become a catalyst for a chain reaction of Ukraine's federalisation. And federal Ukraine is what can please the heart," Konstantin Zatulin said. 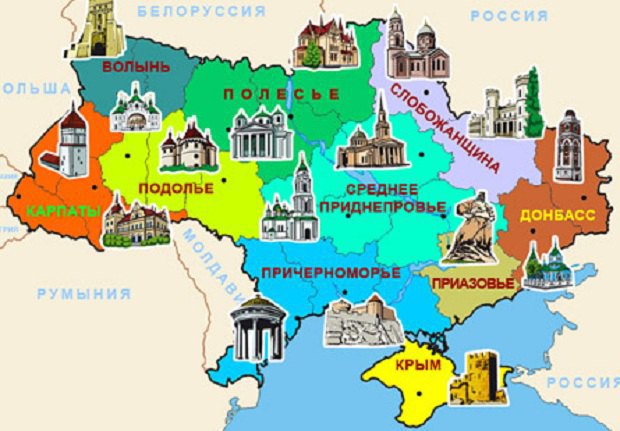 Photo: Courtesy of the author

Then they said that the territory of ORDLO is only a small part of what they would like to claim (let us not forget about the "Novorossia" project). Now, the Kremlin’s policy of Russia's self-isolation apparently applies to the issues of resolving the situation in Donbas.

Deliberate leaks to the media (the aforementioned Kommersant, as well as RBC) about the readiness to issue passports can be viewed as another step by Moscow in influencing the electoral situation in Ukraine ahead of the presidential and then parliamentary elections. This is an attempt to revive the forgotten topic of Donbas in the election campaigns of the Ukrainian political forces.

The start of the passport campaign is "hanging in the air" because the Russian leadership is still deciding when is the best time to do it, an informed Russian source told LB.ua. "They started promoting the passport issue, being sure that Poroshenko would win. And the decision was made that after his victory, Russia will not recognize the legitimacy of the election, and the second step will be to issue passports. Now this topic is handing in the air, there is no final decision. The pause is largely for Zelenskyy's benefit, we are looking at all the risks and threats, and then there will be a solution," he said.

By the way, the Russian Foreign Ministry has long been holding information preparations for the non-recognition of the Ukrainian election: its spokesman Mariya Zakharova does not get tired of repeating every time that there were no Russian observers at the elections and that Ukraine "gave up on its citizens" in the Russian Federation and Donbas.

Publicly, the State Duma Committee on CIS Affairs also states that "this presidential decree can be signed immediately after the elections, unless some political expediency arises to see how the new Ukrainian president, if there is one, does or does not do something in terms of resolving the situation in eastern Ukraine".

Signals are sent at various levels that Moscow can suspend/cancel the issuance of passports if Kyiv agrees to "ensure the political rights of citizens in these territories", that is it will agree to the autonomous status of L/DPR within Ukraine. However, both participants of the presidential election runoff categorically deny this possibility.

Nevertheless, the experts we have interviewed are confident that relations between Ukraine and Russia will not change regardless of who is elected president - Poroshenko or Zelenskyy. Ukraine will continue its course for the EU and NATO, and the Kremlin will in every way interfere with this, using a bleeding wound in the country's east. So, Russia is not going to withdraw fro Donbas regardless of the results of the Ukrainian elections. And the process of issuing Russian passports will be launched there anyway, now or later. 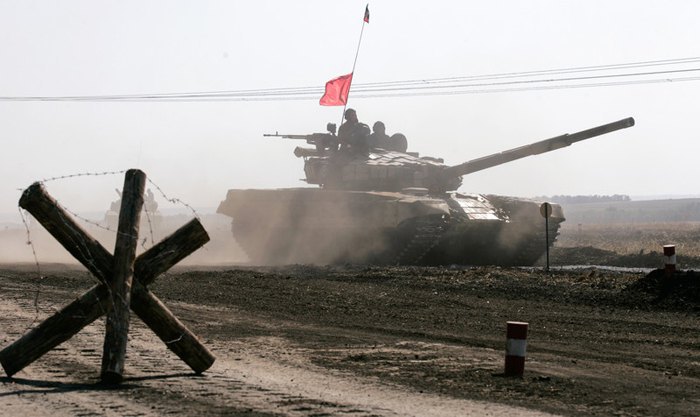 The latest reshuffles in the Russian Presidential Administration only prove this. Oleg Govorun's departure from the post of the head of the border cooperation department and his replacement with Aleksey Filatov, who comes from the special services (who oversaw the unrecognised L/DPR and is considered a hard-line supporter) will only strengthen the "security bloc" of relations with Ukraine.