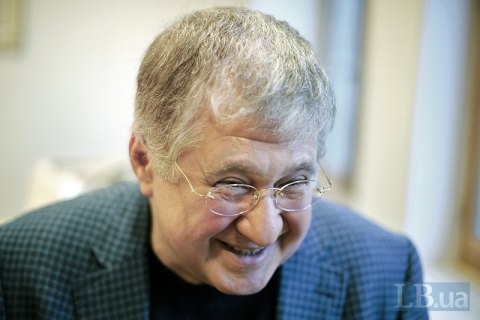 If Volodymyr Zelenskyy wins the presidential election in Ukraine, Ihor Kolomoyskyy promises to return to Ukraine. He said this in an interview with journalists of the "Schemes: Corruption in Detail" programme, Radio Liberty/Radio Free Europe has reported.

Asked if he is going to return to Ukraine if the showman gets elected as president, Kolomoyskyy replied: "Well, of course. I was going to return earlier, but now there are all sorts of cases... To avoid any election moments... I had plans to return to Ukraine between the first and second rounds, even before the first round. But because political fight is so tough and in order not to cause confusion, I decided to calmly sit back and not irritate anyone in Ukraine,” he explained.

Igor Kolomoyskyy has lived in Herzliya, Israel since September 2018. Asked about the reasons, the businessman noted that he had moved from Switzerland to another country “for family reasons” in anticipation what “lawyers would say in connection with the latest information that appeared in the press”.

Asked specifically whether he meant an investigation in the United States, which was being conducted by the FBI, Kolomoyskyy replied: "The lawyers advised me to stay here until the situation clears up."