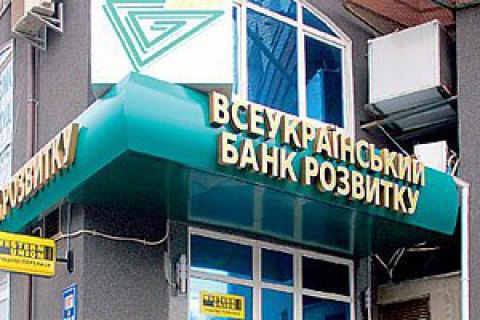 Kyiv's Shevchenkivskyy district court has resumed the arrest of accounts of the All-Ukrainian Development Bank (VBR) which was owned by Oleksandr Yanukovych, the elder son of ex-President Viktor Yanukovych found guilty of high treason.

"Judge Martynov refused to lift the arrest on a number of VBR accounts," the press secretary of the prosecutor-general, Larysa Sarhan, said.

Earlier, a judge of Kyiv's Shevchenkivskyy district court, Oksana Holub, lifted the arrest on 1.2bn hryvnyas in VBR's accounts, which belonged to Yanukovych Jr. The Prosecutor-General's Office appealed this ruling.

VBR has been operating in Ukraine's market since 2009. It was considered a big financial institution. Under Yanukovych, the bank's assets increased nearly 13 times. The National Bank of Ukraine decided to recall VBR's banking license and liquidate the bank on 21 December 2014. Interim administration has been managing it since 27 November 2014.