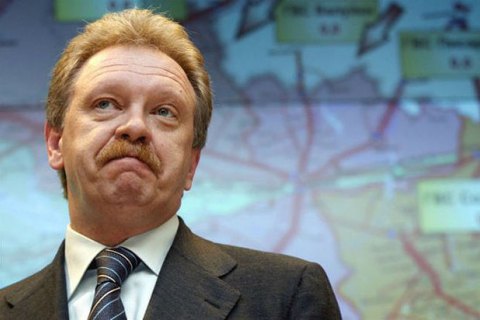 Their task is to improve the image of Volodymyr Zelenskyy and his political party in Washington.

According to Signal Group spokesman John Procter, his company has been working for Zelenskyy since last week. The short-term contract with the presidential candidate provides for the organization of meetings of members of Zelenskyy's team with representatives of Congress and the administration of President Donald Trump, US media, analysts and politicians.

In particular, Signal Group organized meetings for the head of Zelenskyy’s HQ, Ivan Bakanov, and the former board head of Naftohaz Ukrayiny, Oleh Dubyna, whom the website called a senior economic adviser to Zelenskyy’s team. Previously, it was unknown that Dubyna was helping Zelenskyy.

Espresso.TV, citing its own sources, reported that Oleh Dubyna may become secretary of the National Security and Defence Council in case Zelenskyy wins the presidential election.

The decision on Dubyna's appointment was reportedly agreed when Zelenskyy's representatives visited Washington. There, the leader of his campaign HQ, Ivan Bakanov, and US citizen M. Cohen spoke with officials from the Presidential Administration, the State Department, and the US National Security Council.

In Zelenskyy's entourage, Cohen acts an adviser on the fight against corruption and money laundering, the return of Ukrainian assets illegally transferred abroad.

According to sources, whereas Bakanov mostly answered political questions in Washington, Dubyna spoke on the issues of national security, finance and real economy of Ukraine.

According to American sources, the level of meetings Zelenskyy’s representatives had in the United States was unprecedented.

Dubyna held senior posts in 2000s. In 2001-2002, he was the deputy prime minister in the governments of Viktor Yushchenko and Anatoly Kinakh, in 2002-2003 he was an adviser to President Leonid Kuchma, then until the summer of 2004 he served as the first deputy secretary of the National Security and Defence Council.

Zelenskyy is the frontrunner ahead of the 21 April runoff of the presidential election in Ukraine.