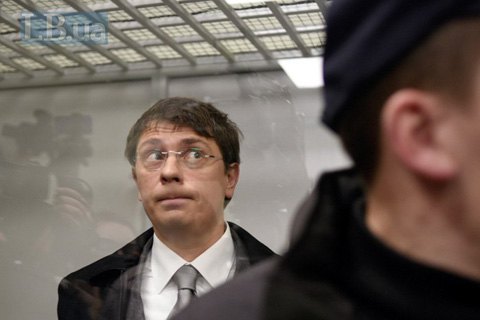 In addition, the court ordered Kryuchkov to submit his travel documents in case the bail has been put up.

Also, if he leaves the detention centre on bail, he should wear an ankle monitor.

This ruling may be appealed to Kyiv's Court of Appeal within five days.

Commenting on the court's decision and bail, Kryuchkov told journalists: "We'll find [money for the bail]."

Kryuchkov is accused of inflicting damage on the state estimated at 346m hryvnyas (about $12.8 m). Kryuchkov was detained by agents of the National Anticorruption Bureau of Ukraine (NABU) at Kyiv's Boryspil Airport on 15 April 2019, after he had been extradited from Germany. The extradition procedure was initiated in April 2018.

According to the NABU, Enerhomerezha in 2015-2016 concluded agreements on the assignment of the right of claim for electricity, which was supplied by Zaporizhzhyaoblenerho to industrial enterprises.

As a result, the money for consumed electricity was transferred to Enerhomerezha instead of state-run Enerhomarket enterprise. The investigation into the embezzlement of the funds started in December 2015.

Two individuals are suspects in the case. Kryuchkov was elected to parliament as member of the Yuliya Tymoshenko Bloc. He was a member of the committee on fuel and energy, nuclear policy and nuclear safety.