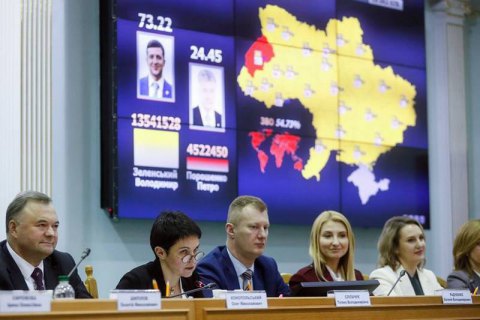 At a meeting on 30 April, the Central Electoral Commission announced the official results of the presidential election in Ukraine.

It stated that showman Volodymyr Zelenskyy won the second round of the election with 73.22% of the vote. His opponent, incumbent President Petro Poroshenko received 24.45%.

"The elected president of Ukraine is Ukrainian presidential candidate Volodymyr Oleksandrovych Zelenskyy, born in 1978, a university graduate, lives in Kyiv, the artistic director of Kvartal 95, non-partisan, he was nominated by the Servant of the People political party," CEC head Tetyana Slipachuk said after signing the final vote count report.

The inauguration of the elected president will take place no later than 31 May.