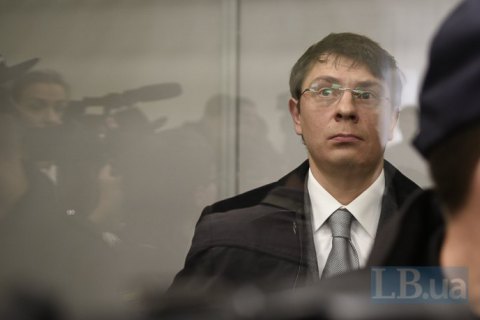 Law enforcers have put an ankle monitor on a former MP and ex-board chairman of Enerhomerezha Holding Company, Dmytro Kryuchkov, Ukrainian News has reported quoting a source in police.

At the beginning of the week, he was bailed out from custody for 7m hryvnyas (260,000 dollars).

According to the report, the ankle monitor was put on him after he was released from a remand centre and the bail was deposit. Kryuchkov handed his travel documents in to the Migration Service.

As reported earlier, Kyiv's Solomyanskyy district court arrested Kryuchkov for 45 days with an option of bail for 7m hryvnyas.

He was released from custody after his lawyer had deposited the bail.