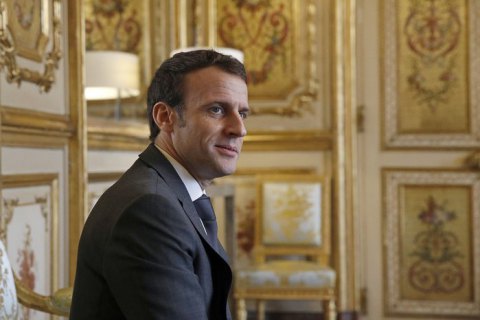 In audio from a 15-minute phone call posted on YouTube on Wednesday, Russian pranksters Vovan and Lexus get through to Macron by pretending to be Zelenskyy. The exact timing of the call was unclear.

One of the pranksters, impersonating Zelenskyy, joked that his winning 73 percent of the vote in the Ukrainian election was reminiscent of Russian President Vladimir Putin’s own strong election results.

In the recording, a voice that sounds like Macron can be heard joking that Ukraine was not like Russia in at least one respect. “You haven’t yet put all opponents in jail.”

An official at the French presidency told Reuters that it would not comment on the video, saying it would neither confirm nor deny its authenticity.

Zelenskyy met with Macron earlier this month in Paris ahead of the run-off against Ukrainian President Petro Poroshenko.