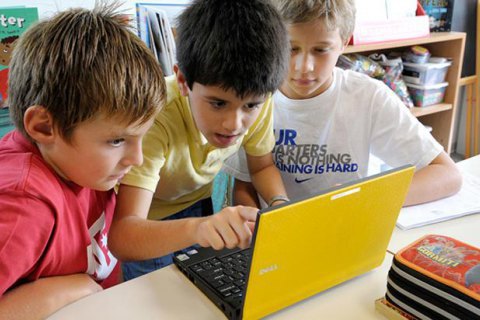 According to research, 90% of parents in the USA want their children to learn computer science—it will be crucial for many jobs in the near future—but only 40% of schools teach it, an adjunct professor in the Graduate School of Education and Psychology at Pepperdine University, Dr Dustine Rey, has said.

"This skill is needed not because they will all go into it as a career—that isn’t realistic—but because it impacts almost every professional career in the 21st-century world," she continued.

According to her, from a developmental perspective, the type of thinking that goes into learning to code is very sophisticated. It’s complex, multifaceted, and requires children to think deeply, not just recite back rote information.

"It’s the kind of thinking we want our kids to be doing for healthy expression of creativity, critical thinking, and abstract thinking," she said.

According to the president of the Everest group of companies, Yuriy Chubatyuk, currently, the global percentage of schoolchildren involved in learning coding within the curriculum ranges from 1% to more than 40%, depending on a country and its understanding of the impact of the IT industry and innovative technologies on the prospects of the current generation.

“The need is driven by demand; therefore, the number of countries reorienting their ICT curriculum towards the study of coding is constantly growing. Moreover, these initiatives are supported at the state level since, in addition to new guidelines and market demands for future specialists, there are also wishes and requirements to the study of coding in schools coming directly from parents and children. And the modern education system should reflect their interests,” Chubatyuk said.

It is worth noting that the idea of early coding as an obligatory school subject is also being actively promoted in Ukraine. In particular, a curriculum for coding in primary school is being worked out by the working guideline development group of A+ Gymnasium with the support of the EVEREST group companies.

As reported earlier, the National Department of Basic Education of the Republic of South Africa has developed a "framework of skills for a changing world". In particular, it plans to introduce coding curricula in all school classes starting from Grade R.