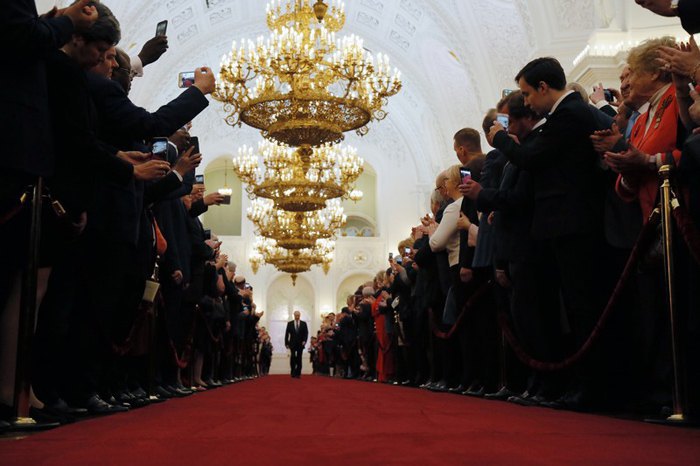 Reacting to the Ukrainian election results, Vladimir Putin said that relations with Ukraine would depend on the policy pursued by Volodymyr Zelenskyy. However, a day before, the Kremlin's master took steps that did not bring the parties closer together: he imposed restrictions on the export of oil and oil products to Ukraine and signed a law on the granting of Russian citizenship to residents of parts of Donetsk and Luhansk regions occupied by Russia (so-called ORDLO). Thus, these acts of provocation by the Kremlin can be seen as Moscow's attempt to "play chicken" with the new president of Ukraine and his team (using Putin's favourite criminal jargon).

The matrix of a future dialogue with the Ukrainian presidential administration is currently unclear to Russia, so they will provoke the new team to reveal its hand in order to prepare technique-wise for the future format of relations. Therefore, the Kremlin has made this tricky move (issue of passports) in anticipation of the first steps of the new president of Ukrain to force Kyiv into a conversation in which Russia has a tactically advantageous position.

At the same time, Moscow has no intention to change the tactics of its behaviour. The Kremlin does not care about its negative reputation, its thinking is tailored to its own categories. Putin and his team are ready to raise the stakes in order to make the Ukrainian issue more burning for the West. A certain decline in Kyiv's diplomatic activity ahead of the new president's inauguration is a helping factor for Moscow. As well as the fact that Russians understood the Ukrainian inertia and Europe's wonky "resolution". Therefore, Russians will continue to play in the tactical field, using the weaknesses of the counterparty.

Putin's Russia will not make concessions despite the negative effect of sanctions. Depending on domestic political needs, Moscow may escalate the situation in Donbas to the extreme to force Kyiv to make mistakes in response to their aggressive actions and force the West to finally agree on a settlement model based on the Steinmeier plan.

In general, Moscow desperately needs to change the agenda of its dialogue with the West by pushing the Ukrainian issue to the end of the list. 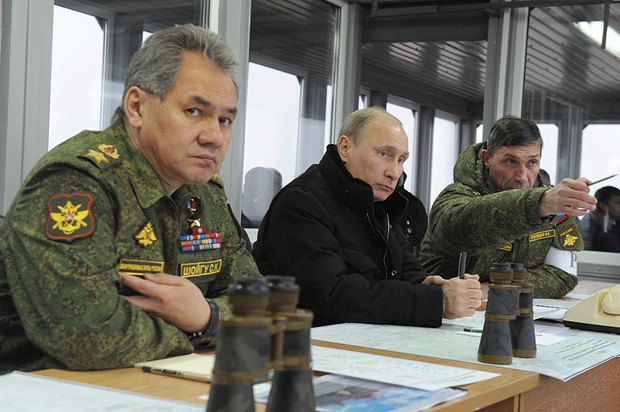 Thus, the Russian direction will be the most difficult for the newly-elected Team Zelenskyy. They will face Putin's team consisting of experienced negotiating manipulators who are capable of taking (and, most importantly, implementing) tough economic, political and even violent decisions.

It is necessary to prepare for negotiations with Russians in advance. After talking to experts on Russia, LB.ua has come up with a list of old and new "wishes" of the Kremlin, as well as a reasonable line of conduct.

What do Russians want from Ukraine?

Moscow's wishes for Ukraine can be divided into three blocks: those that the new leadership of Ukraine must grant immediately, which is to confirm its course for mending relations with the Russian Federation; those that must be achieved in the short term as well as in the long run.

Tactically, the Kremlin wants to ensure the status quo on Crimea and clear Russia of any allegations. With this in mind, it will demand that Kyiv: 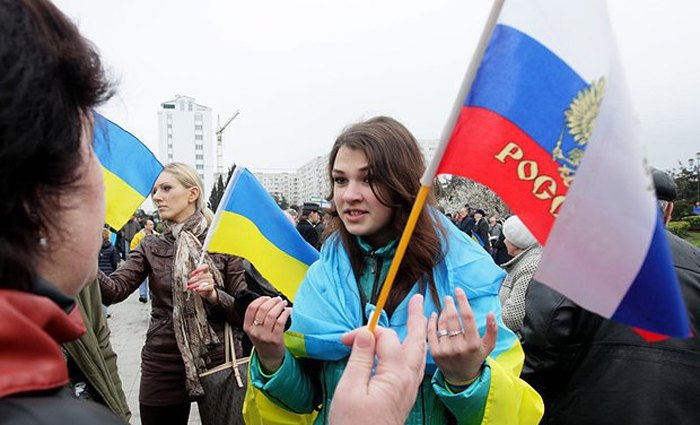 Strategically, the Kremlin wants Russians to associate Ukraine with a clear negative example of the country's development (that changing the authority is wrong and taking Ukraine's direction is unreasonable) to prevent the repetition of a similar situation in Russia. For this, the Kremlin wants to regain control over Ukraine's foreign and domestic policy, namely:

What should the position of the new president of Ukraine be in order not to get trapped by Russians?

First of all, Team Zelenskyy must be ready to hear the resumed usual Russian rhetoric: "nothing has happened since 2014", "we are all Slavs" and so on. Therefore, the "fraternal nation" must be regularly reminded of the war on Donbas, the annexation of Crimea, victims and internally displaced persons, as well as losses incurred by Ukraine.

Unilateral actions (such as the permission for all Russian artists to tour Ukraine) may have not only a symbolic meaning. On the one hand, Moscow can welcome such a move while, on the other hand, Russians will perceive it as a weakness of their opponent, as an opportunity to "break" him into further actions.

And when Russian journalists write a collective letter to Zelenskyy asking him to immediately release Kyrylo Vyshynskyy, the Ukrainian president should remember the "principle of reciprocity". To be more precise, he should raise the issue of Ukrainian journalist Roman Sushchenko, film director Oleh Sentsov, sailors and other Ukrainian hostages kept in Russian captivity.

It is absolutely unacceptable to exchange the hostages for political acts: a) these are different cases; b) this stimulate Moscow to take more hostages. 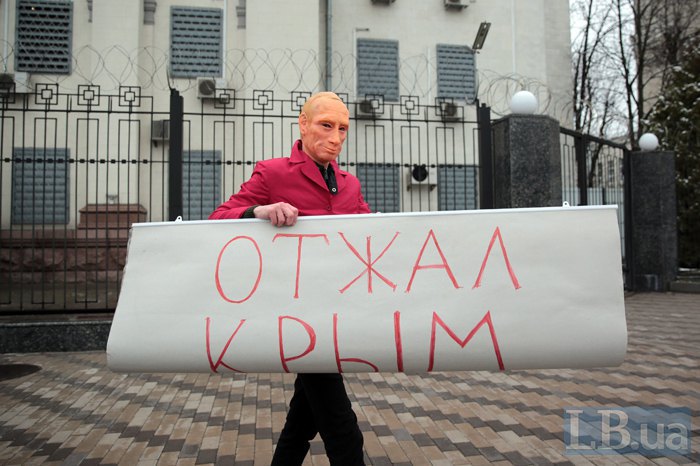 First, tete-a-tete meetings increase the risk of backroom arrangements. You may recall Yanukovych's meetings with Putin and Medvedev in the Zavidovo residence, which were followed by the Kharkiv agreements on gas supply in exchange for the extension of the stationing of the Russian Black Sea Fleet in Crimea for another 49 years.

And, second, it is a conscious and sure step towards the destruction of the international anti-Russian coalition. Of course, many in the West would be happy because then the responsibility of Western partners, who once disarmed Ukraine in exchange for security guarantees, would be lifted.

Not to mention the danger of the direct talks between Kyiv and L/DPR – this would shift the war in Donbas into the domain of the "domestic political Ukrainian conflict". Russia will appear aside, playing the role of an uninvolved participant but, at the same time, pulling the necessary levers of influence behind the back. To understand how it works, look at Moldova where Chisinau has spent years trying to reach an understanding with pro-Moscow Tiraspol while Russia looks all nice and cuddly, acting as a guarantor of peace talks rather than the aggressor state.

Donbas. Russia has been proving by deed, not by word that it does not intend to withdraw from the temporarily occupied territories of ORDLO. Therefore it will constantly invent different forms of its presence there. Until recently, it was just a hybrid military occupation, and now it added the issue of Russian IDs to the local population to legalise Russia's presence here. The next step would be for Moscow to recognise the "independence" of the L/DPR (the scenario of Abkhazia and Ossetia) or even (depending on the political situation at the time of the decision) the accession of these territories to the Russian Federation (the Crimean scenario).

At the same time, there is still an option to return ORDLO back to Ukraine but it will be fully controlled by the Kremlin region and its population will be made of Russian citizens. According to the Russian conditions, upon return ORDLO should have autonomous status within Ukraine in order to influence the national policy (domestic and foreign).

Therefore, in this regard, Kyiv can hardly count on a quick success with the current authorities in Russia. Even more so, calling Russian soldiers and their collaborators in Donbas "rebels" will not help.

In any case, Kyiv should act only after Russia takes specific steps to return Crimea and the temporarily occupied territories in Donbas, not just after it promises to do so.

As a whole, it is necessary to realize that in the Russian direction, Team Zelenskyy will have to get defensive. Finally, the president needs to take the phrase "or else Putin will attack" in earnest, this is a guarantee of avoiding such a development of events. Russians respect only a strong interlocutor. Therefore, a modernized army equipped with modern missiles (Grom-2, Neptune, Vilkha) provides good starting negotiating positions.

Why should the blockade of Crimea not be lifted?

I would like to pay particular attention to the blockade of Crimea, given yet another spike of such statements in the Ukrainian media space.

It is worth recalling that the beginning of mass detentions of Crimean Tatars and other pro-Ukrainian activists in the occupied peninsula was the impetus for the introduction of the economic blockade of Crimea. 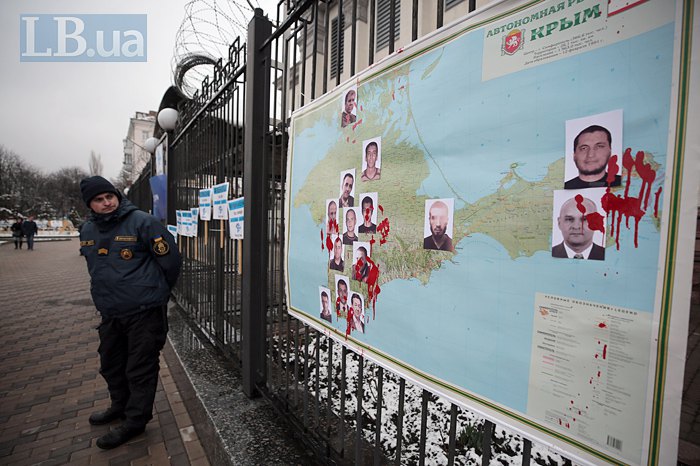 Second, there was a flow of food, industrial and building materials brought by hundreds of trucks every day to Crimea in September 2015. They were delivered to both residents of the peninsula and Russian military units who took part in the occupation.

Not only that, at that time there was a free economic zone in Crimea, and there were points where Ukrainian goods were reloaded and subsequently delivered to the Russian Federation. Thus Crimea has also become a contraband hub.

Thus, the blockade has become Ukraine's largest economic sanction against Russia in response to the occupation of its territory. The exact cost of making Crimea more expensive for the occupier is difficult to calculate: it is necessary to know how much has been put into electrification, the restructuring of markets, how much the prices have grown, the cost of speeding up the construction of the Kerch Bridge and the provision of Russian military units. But for sure, we can be talking about billions of dollars.

From the very beginning, Crimean Tatars have supported the blockade: they believe that the more Crimea will cost Russia, the sooner it will return to Ukraine.

Attempts to lift the blockade have been made from the very beginning of its introduction. For this purpose, the message the "blockade hurts peaceful people" was planted to be later picked up in Ukraine by pro-Russian politicians, media and experts. However, the answer to this is simple: it is impossible to separate goods for the population from goods for the occupiers. By removing the blockade on the supply of electricity, water and goods Kyiv will directly support the occupier, solve (rather than complicate) its problems with the maintenance of the occupied territory. And the occupying country is responsible for the occupied territory.

Besides, it is impossible to lift the blockade. It was introduced not by the authorities, not by President Petro Poroshenko, but by the Crimean Tatar [self-styled government] Majlis with the support of Ukrainian patriotic organizations. Therefore, if the new authorities make such an attempt, it will face public resistance from the whole of Ukraine. This, in turn, will trigger an internal political crisis.

Foreign policy aspect. If Ukraine begins to trade with Crimea which was occupied by its enemy, the world may well ask it a reasonable question: "If you do not honour sanctions against Crimea, why should we keep them? Sorry, we will not suffer either." So the lifting of the blockade by Kyiv will be a de facto recognition of Russian occupation.

These are only the basic conditional "red lines". Should the new team of Volodymyr Zelenskyy cross them, we should start to worry.