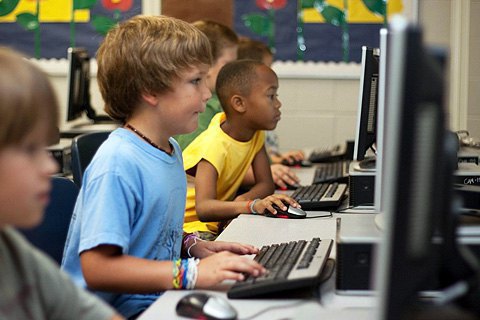 The digital education platform built by the Alef Education startup company helps students by using artificial intelligence to tailor the curriculum to individual demands. The platform focuses on core subjects like math, science and English.

It gives students, teachers and parents real-time feedback and adjusts accordingly. For students, that could mean a concept is repeated in a more personalized manner to help them understand it. The platform can also identify students' strengths.

By interacting with students, AI captures millions of data points on a daily basis, analyses them and offers tailored personal recommendation. The data obtained and processed could be used for professional orientation of students.

"Wouldn't it be great if you could look at artificial intelligence and data to drive kids into the right careers, into the right choices for post secondary education?" Alef Education CEO Geoffrey Alphonso said. "If a student is doing really well at science, why not pique their interest in what it's like to be a scientist or an astronaut?"

Alef has worked closely with the government of the United Arab Emirates to bring the platform to 25,000 students at 57 public schools. The startup has made its first move into the United States, where its technology is used in two private schools in New York.

According to the president of the EVEREST group of companies, Yuriy Chubatyuk, the inclusion of innovative approaches into school curricula is a driving force behind the progress in any educational system and the key to successful self-fulfilment of modern students.

"It should be understood that technological advancements reflect all industries without exception. The educational environment is the most flexible one. This is one of the reasons why today many countries are introducing early programming and ICT training, in particular, into school curricula. We have to train the current generation not only to be experienced consumers of innovations, but to interact and even compete with them in the near future," Chubatyuk said.

The Department of Basic Education (DBE) of the Republic of South Africa has developed a “framework of skills for a changing world” and is making plans to implement coding into the school curricula for Grade R to Grade 9 starting from next year.

Eastern Europe is also interested in early programming. The British Council has developed a three-year educational programme for the Balkan countries: Albania, Bosnia and Herzegovina, Kosovo, Montenegro, North Macedonia and Serbia. The programme called “21st Century Schools” is aimed at teaching students at the age of 10-15 years the skills of critical thinking, problem solving and programming. In addition, in early March, Romanian Communications Minister Alexander Petrescu said that his country plans to introduce a pilot programming course for elementary school.

Ukraine is also following the trend. A curriculum for coding in primary school is being worked out by the working guideline development group of A+ Gymnasium with the support of the EVEREST group companies. An early coding course is expected to be included in the existing ICT curriculum for primary school.