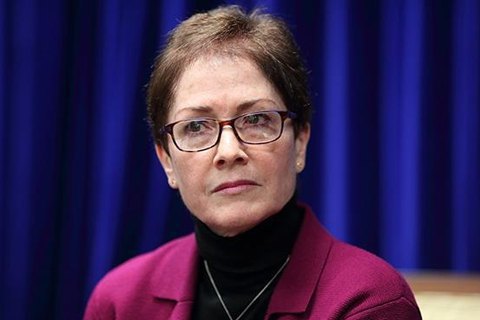 US ambassador Marie Yovanovitch is completing her mission in Ukraine on 20 May, the Dzerkalo Tyzhnya weekly has reported, quoting its sources among diplomats.

According to the report, Yovanovitch left for Washington urgently for consultations. Until the new ambassador is appointed, a charge d'affaires ad interim will fill in for her.

Yovanovitch's dismissal was first discussed this March. However, at the time, Ukrainian diplomats neither confirmed nor denied the rumours.

Yovanovitch came to Ukraine in 2016 to replace Geoffrey Pyatt.