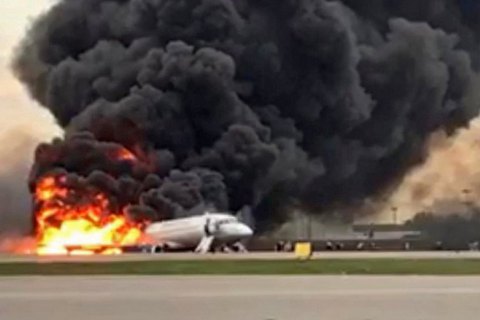 A Ukrainian citizen was injured as a result of the fire on board a passenger plane at Moscow's Sheremetyevo airport, the deputy director of the consular service department at the Ukrainian Foreign Ministry, Vasyl Kyrylych, according to Ukrayinska Pravda.

"According to preliminary information, one of the victims is a citizen of Ukraine. The victim has been hospitalised, she is provided with the necessary medical assistance," he said.

"The consul is taking measures to check on the victim and to determine the severity of the injuries she has sustained," Kyrylych added.

Foreign Minister Pavlo Klimkin expressed condolences to the families of the victims and wished a speedy recovery to the wounded.

"Human life is priceless, in the civilised world they understand this," he wrote on Twitter.

The fire during the emergency landing of a Superjet flying from Moscow to Murmansk on 5 May claimed the lives of 41 out of 78 people onboard.