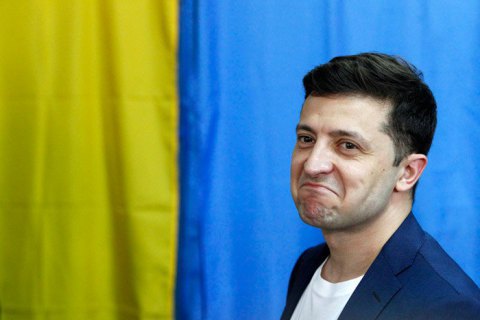 Top-ranking US guests are expected to attend the inauguration of Volodymyr Zelenskyy as president of Ukraine. One of them could be US Secretary of State Mike Pompeo. However his participation depends on the date of the ceremony: he is more likely to attend if it is held in late May, less so if it is held earlier, LB.ua has learnt from a source.

The need to arrange the visits of foreign delegations was mentioned as one of the reasons in favour of the later date of Zelenskyy's inauguration (28 May or even 1 June) at his meeting with parliamentary faction representatives on 4 May.

Zelensky, for his part, insists on holding the inauguration on 19 May.

The discussion of the inauguration date was generally peaceful. After all, the sides agreed that Zelenskyy would offer 19 May but parliament would vote as it deems fit.

President Petro Poroshenko’s inauguration in 2014 was attended by more than a dozen presidents of European states, the US vice president, four prime ministers, including that of Canada, the Council of Europe and OSCE secretary-generals, the president of the Council of Europe, the speaker of the Azerbaijani parliament and a number of other foreign representatives.