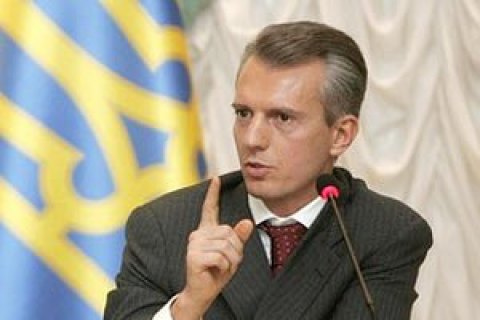 A former head of the Security Service of Ukraine (SBU) and deputy prime minister under ex-President Viktor Yanukovych, Valeriy Khoroshkovskyy, has returned to Ukraine which he left in 2012, according to the "Schemes: Corruption in Details" journalist project.

It quoted three independent sources as saying that Khoroshkovskyy arrived in Kyiv on a private flight on 21 May.

UPDATE: Khoroshkovskyy's press service told 112 Ukrayina TV that it was the businessman's wife Olena who came to Kyiv.

Khoroshkovskyy is a Ukrainian politician and businessman. He is a former owner of the mainstream Inter TV channel. During Viktor Yanukovych's presidential rule, he was the minister of economy, the chairman of the State Tax Service under President Viktor Yushchenko, the chief of the SBU under President Viktor Yanukovych, and the finance minister and first deputy prime minister in Mykola Azarov's government.

He left Ukraine in late 2012 and has allegedly lived in Monaco following a conflict with ex-Prime Minister Azarov.

In 2014, he unsuccessfully attempted to run for parliament on the list of Serhiy Tyhypko's Strong Ukraine party.

Earlier, sources in the SBU told LB.ua that Khoroshkovskyy's people may return to the security service, including Gen Andriy Kmyt who was in charge of the department for the counterintelligence protection of economy under Khoroshkovskyy.