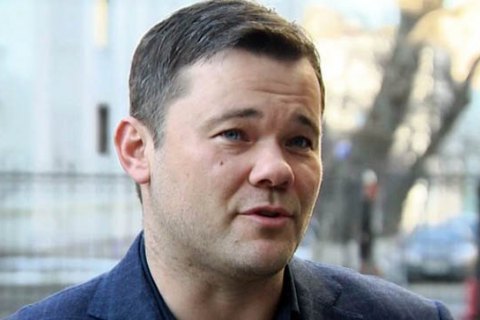 The head of the presidential administration, Andriy Bohdan, is subject to the Law "On the purging of power", Deputy Justice Minister Serhiy Petukhov has announced.

"The position of the head of the presidential administration is such that it is subject to vetting. The status of this position does not matter because the relevant law "On the purging of power" clearly mentions this position and does not refer to the law on public service," Petukhov said on Facebook.

"If some consider the vetting law unfair, this does not exempt them from the obligation to honour it. Vetting was one of the first requirements of the Revolution of Dignity, and the Justice Ministry did everything to properly implement the adopted law," Petukhov said.

He added that people who were not included in the list of vetted persons, because they had been dismissed before the vetting law came into force, could not hold public office until 2024, as well as those on the list.

According to open-source reports, Andriy Bohdan was the government's envoy in charge on anti-corruption policy in the government of Mykola Azarov from March 2010 to February 2011, and from July 2013 to March 2014. The second time, Bohdan was fired by Prime Minister Arseniy Yatsenyuk.

On 21 May, President Volodymyr Zelenskyy signed a decree appointing Bohdan head of the presidential administration, which violates the provisions of the law "On the purging of power".