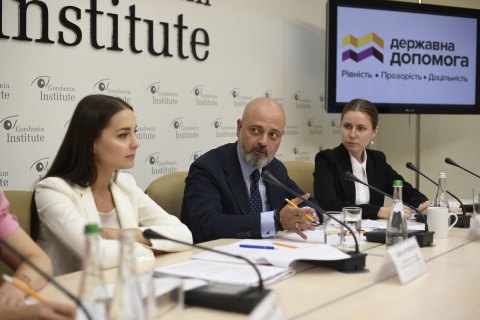 “We are very demanding, but one needs to be objective: the progress is obvious. Our senior experts cover all the working days of the month, each working five days a week. Thus, the mission of each expert is repeated once a month or every two weeks. And when they come to the AMCU a second time, they say: wow, the level has increased, understanding has improved, no need to spend a lot of time explaining. So yes, we see progress. The AMCU has improved the quality of assessment and decision-making," Sabau said at a web conference hosted by Gorshenin Institute.

At the same time, he agreed that the law on state assistance needs to be amended in terms of both its essence and procedural aspects, because currently they are "working against" the AMCU and the state.

To compare the speed of reforms, Sabau drew an example of Romania where similar changes took place without the intensive support Ukraine has been getting from the EU. Without such support, reform lasted longer and was harder to implement. To make the reform effective, Romania adopted its first Law on State Assistance in 1999. Together with other documents (by-laws, etc.), it laid the foundation for a new system of state aid, which is certainly in effect now. The Romanian experience can now be used in Ukraine, which allows the authorities to achieve even greater results in a short time and prevent possible mistakes made earlier by its neighbours.

"Procedural aspects are now working against the AMCU, and we would very much like to see European standards in Ukraine, and, of course, the period for consideration should be increased. This will, above all, help the AMCU in dealing with complex cases, allow for more in-depth analysis and decision-making, which will foster competition," he said.