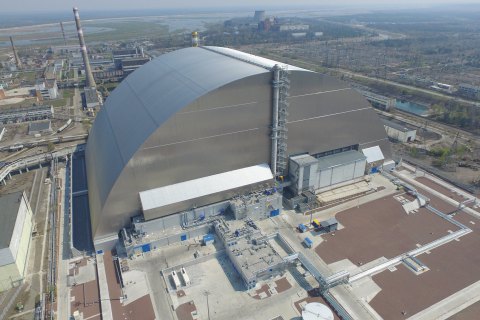 A new safe confinement worth 1.5bn euros built over generating unit No 4 of the Chornobyl nuclear power plant (NPP) has been put into operation and handed over to Ukraine. It is expected to operate at least for the next 100 years.

"Twenty-two years since the launch of the Chornobyl Shelter Fund, a new safe confinement has been put into operation and handed over to Ukraine. The international community raised 1.5bn euros for the project. The EBRD's contribution amounted to more than 700m euros," Senior Adviser on Foreign Affairs at the European Bank for Reconstruction and Development (EBRD) Anton Usov said on Facebook on 10 July.

According to Usov, the new facility will help solve the problem of dismantling the sarcophagus, which covered the exploded fourth reactor after the accident.

The EU Delegation to Ukraine also welcomed the commissioning of the New Safe Confinement.

"The world's largest mobile metal structure is a result of over 20 years of planning and construction, and of a major effort by Ukraine and the international community. The EU has been a major donor to the construction of the shelter, with over 431m euros contribution. Ukraine will now be in charge of the operation and maintenance of the facility, and also the dismantling of the original shelter hastily built shortly after the accident," the EU Delegation said on Facebook on 10 July.