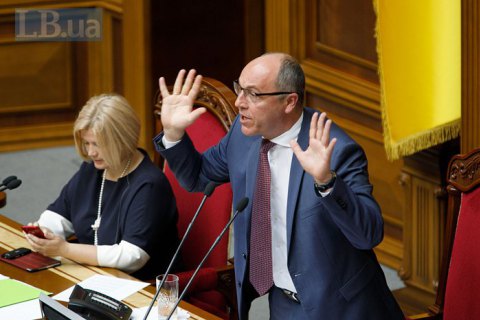 Parliament has passed Bill No 3112-1, having thus approved a new Election Code.

The code provides for a proportional electoral system for the election of members of parliament with a single nationwide electoral list, which is formed by political parties. This list is distributed by regional lists, therefore candidates from the general list are added to a certain regional list. In accordance with the code, those parties that clear the 5% threshold take part in the distribution of seats in parliament.

According to the code, a candidate who is 21 years old and who has lived on the territory of Ukraine during the last five years before the election day may run for parliament.

The code also envisages the creation of a nationwide constituency covering the entire territory of Ukraine, which consists of 27 electoral districts, which mostly coincide with the borders of the existing regions, but Kyiv and Dnipropetrovsk regions are divided into two electoral districts due to the large number of voters.

The transitional and final provisions say that the code shall come into force on 1 December 2023, i.e. it will be valid at the next presidential and parliamentary elections.