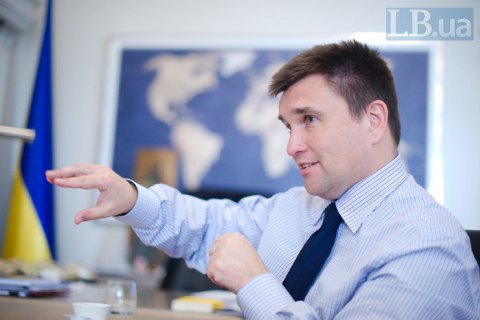 MPs have once again refused to dismiss Foreign Minister Pavlo Klimkin. Only 160 MPs voted in favour of his dismissal.

"The president of Ukraine has to implement policies related to international relations but today, unfortunately, efforts to build a mechanism and give him all the levers of influence on foreign policy relations have failed. First of all, this is due to the inability to fully implement the functions assigned to him because Pavlo Anatoliyovych Klimkin is still the foreign minister," Ruslan Stefanchuk, a representative of President Volodymyr Zelenskyy in parliament, said before the vote.

Klimkin has headed the Foreign Ministry since 19 June 2014. He tendered his resignation on 17 May 2019 but parliament refused to accept it on 6 June.

In early July 2019, Klimkin announced that he would take a leave until he is dismissed.

Zelenskyy suggested that Klimkin should be replaced by Vadym Prystayko, who is currently a deputy head of the presidential administration.