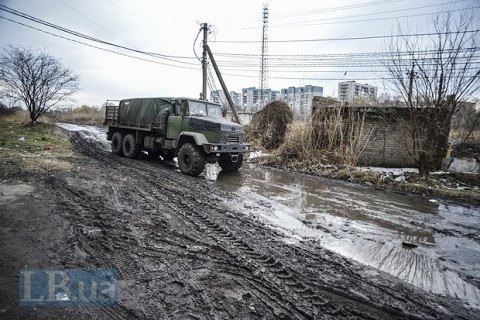 One Ukrainian serviceman was killed and one wounded in Donbas today, the Joint Forces Operation (JFO) HQ has said on Facebook.

An enemy anti-tank missile hit a KrAZ lorry carrying Ukrainian servicemen at around 3 p.m. in the southern suburbs of Hranitne, Donetsk Region, it said.

According to the NewsRoom channel on Telegram, the attack took place when the newly-appointed head of the Donetsk regional state administration, Pavlo Kyrychenko, was visiting the area.

"Sources are saying that militants shelled the car of the head of the Donetsk regional state administration, Pavlo Kyrychenko, who was recently appointed by Zelenskyy, on the front line. This allegedly happened after Kyrylenko went in two cars (his and his convoy) without running it past the JFO command to inspect the 'universe'," it said.

It added that no-one in the official's car was hurt.