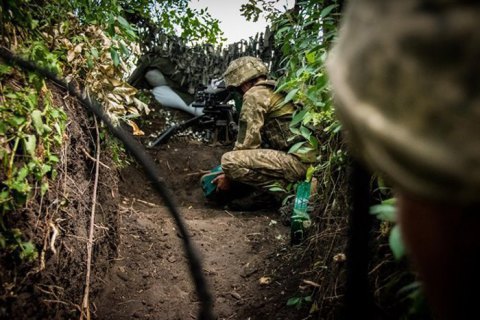 Five servicemen were wounded and four sustained combat injuries in Donbas as a result of 32 attacks by pro-Russian militants, the Joint Forces Operation HQ has said on Facebook.

The HQ said that the enemy received an "adequate response with the use of weapons not contradicting the Minsk agreements".