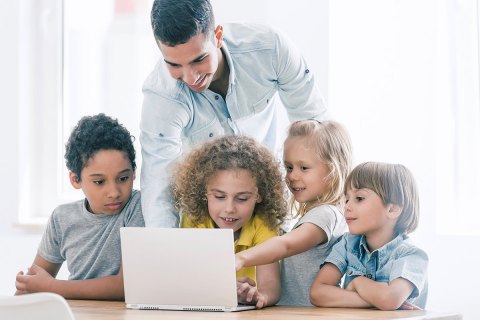 A sociological survey has shown that 84% of Ukrainians agree that in the future, the knowledge of coding basics will come in handy in various professions not just programming (50.9% said "certainly agree" and 33.1% "rather agree"). Some 10.8% do not share this opinion (8.3% said "rather disagree" and 2.5% "certainly disagree").

These are the findings of the survey entitled "Early coding as a component of modern education", which was carried out by Gorshenin Institute together with the Everest group of companies.

"Over the past 10 years, coding has become not just a popular but mandatory school subject in many countries of the world. And this is not because one in two kids dreams of becoming a programmer or designing some unique software. There is another generally useful and most important public goal to studying it in terms of modern education: it provides for comprehensive development of children, teaches them how to think in a critical and logical manner, solve problems on their own and in groups and overcome obstacles on the way to their goal. These are the key skills each modern person requires in addition to professional and career ambitions and preferences. And it is ultimately important that Ukrainians understand this as the findings of the survey show," the president of the Everest group of companies, Yuriy Chubatyuk, said.

The survey "Early coding as a component of modern education" was held among 1,000 respondents in April-May 2019.