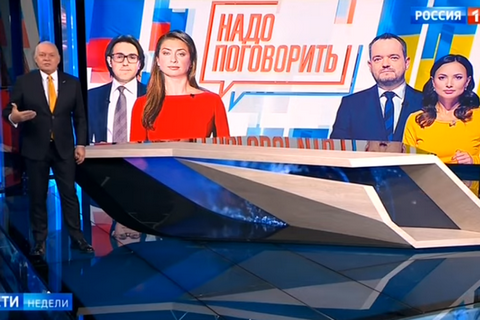 "NewsOne would like to let you know that because of the information campaign against its journalists, a threat of attack against the channel and the use of its name for election campaigning by a number of Ukrainian parties, we are forced to stop preparations for the "We need to talk" TV link," the channel's statement published on its website reads.

The channel's TV link project has caused an outrage in Ukraine and refueled calls to slap the channel with sanctions.

NewsOne, for its part, said the threats "return Ukraine to the times of direct harassment and pressure on journalists' freedom".