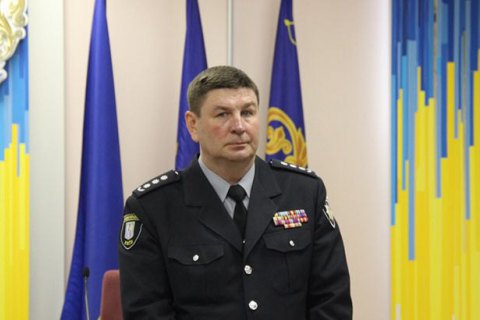 Herman Prystupa has been appointed deputy chief of the National Police in Kyiv. He will also be in charge of the capital's criminal police.

Prystupa was born in Horlivka, Donetsk Region in 1964. He has worked in operative units since 1991. In 2014, he headed the Dzerzhynskyy city department of the regional police. In December 2015, he was transferred to Kyiv.

On 11-14 April 2014, he, Andriy Kryshchenko and a group of volunteer officers were defending the Horlivka police department from separatists. After the department was seized by the militants, Kryshchenko and Prystupa tore down the flag of the so-called Donetsk People's Republic and raised the Ukrainian flag again. They were badly beaten for this. Later, Prystupa was awarded with the For Courage order.

Prystupa was one of the officers in charge of a tragic special operation in Knyazhychi on 4 December 2016. During a shootout which resulted from the absence of coordination, two police scouts, two policemen and the head of a KORD special unit were killed.

Although Prystupa is believed to have designed the plan of the operation, he was only reprimanded.

Artem Shevchenko, the spokesman for the Interior Ministry, praised him as the officer whose record "deserves no condemnation".