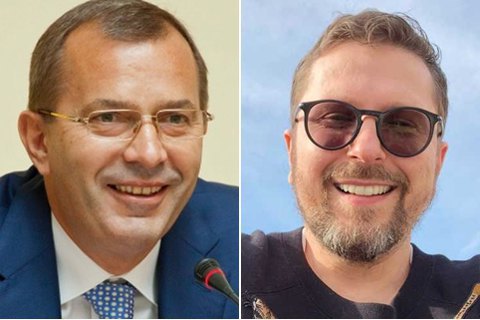 The Central Electoral Commission (CEC) has unanimously cancelled the registration of candidates for MPs for the former head of the presidential administration, Andriy Klyuyev, and blogger Anatoliy Shariy, according to Opora NGO representative Oleksandr Klyuzhev.

"The reasons in favour of cancelling the registration of Klyuyev (information from the CEC meeting):

1) Witnesses from ex-President Viktor Yanukovych's state guard witnessed that Klyuyev accompanied him when he was crossing the border with Russia;

3) International mail from investigators did not reach Klyuyev in Donetsk on multiple occasions;

4) Klyuyev and his lawyers wanted any information to be sent to Moscow Region;

5) According to the Security Service of Ukraine (SBU), Klyuyev left Ukraine in 2014 and did not cross back through official checkpoints.

According to Klyuzhev, the following reasons were used to cancel Shariy's registration:

1) The SBU's letter dated 3 July shows that Shariy left Ukraine on 24 January 2012 through the Zernove checkpoint on Russian border on a train from Kovel to Moscow and has not returned to Ukraine;

2) On 22 July 2012, the Netherlands informed the Prosecutor-General's Ofice of Ukraine that Shariy has a refugee status;

4) Courts and law-enforcement agencies received Interpol reports on his stay in the Netherlands and Lithuania at various moments.

As reported earlier, the CEC registered as candidates for MPs former Deputy Prosecutor-General Renat Kuzmin, an ex-head of Viktor Yanukovych's presidential administration, Andriy Klyuyev, and video blogger Anatoliy Shariy. Initially, the CEC refused to register them but revised its decisions at the request of the Supreme Court, which refused to recognise the fact that the three candidates had not lived in Ukraine over the past five years. At the same time, the Supreme Court later said that the CEC could refuse to register Klyuyev and Shariy.