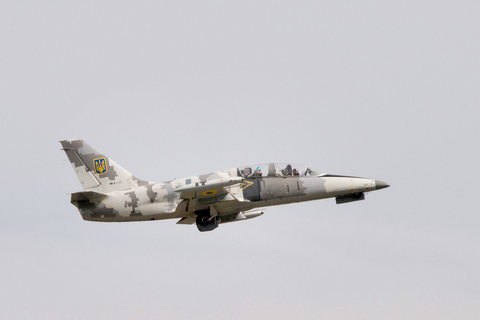 A L-39 jet trainer piloted by a student of the Kharkiv-based National Air Force Academy has crashed down near Chuhuyiv, the Ukrainian Military Portal has reported. The information was later verified by the law-enforcement authorities of Kharkiv Region.

"Everyone is alive, no victims," a source in the press service of the regional military prosecutor's office told the local news website Depo.Kharkov.

The student managed to eject himself from the plane.

According to preliminary reports, the incident happened due to an engine failure on the L-30 with hull number 08.

This plane used by the 203rd training aviation brigade underwent an overhaul at the Chuhuyiv Aviation Repairs Plant and was sent back to the unit in March 2014.