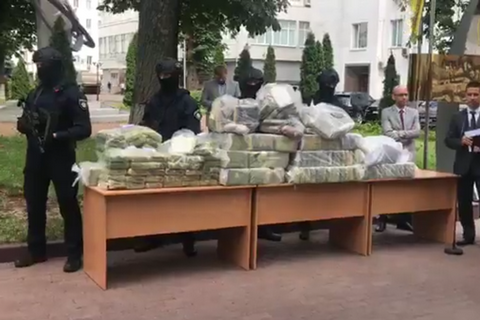 The Ukrainian police have said that they have seized a large batch of cocaine on its way from Latin America via Ukraine to Western Europe.

"A number of detentions and over a dozen searches have been held. As a result, we have confiscated 400 kg of a narcotic, cocaine, whose purity exceeds 90%, according to conclusions. The total cost of this drug exceeds 60m US dollars," National Police chief Serhiy Knyazyev said at a briefing on 2 July.

The operation was held in two stages. The first suspects, who carried 270 kg of narcotics, were detained on 19 June. The other 130 kg were confiscated on 1 July.

Nine people, including nationals of the Netherlands and the United Kingdom, were detained on suspicion of drug distribution and trafficking.