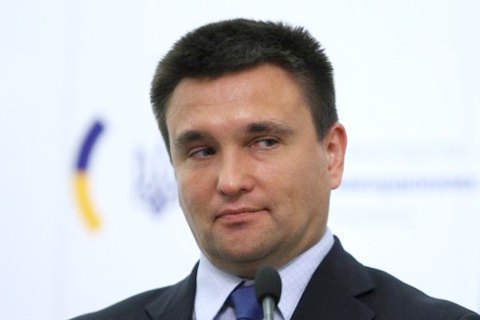 Foreign Minister Pavlo Klimkin has said that his department had the authority, without the consent of the president, to respond to the Russian note regarding the Ukrainian sailors held in Russian captivity, according to Ukrayinska Pravda.

"Of course, we as the Foreign Ministry of Ukraine had every power to formulate such a note. This note was within the framework of our communication and our court case in an international tribunal," the minister stressed.

He also added that the Ukrainian note only reflects the country's international legal position and does not contain "any political moments" or fundamentally new points.

"Additional coordination in this context, since the Foreign Ministry is authorized to deal with this case both in the international tribunal and other courts, is not required. And this is our position," he said. Klimkin insists that it is within the remit of the Foreign Ministry to send such notes.

Earlier, today President Volodymyr Zelenskyy said that he has not seen the Foreign Ministry's response to the Russian note suggesting Ukraine should prosecute its 24 sailors under Russian legislation if Moscow releases them from custody. In its note, the Ukrainian Foreign Ministry said a condition like this is "unacceptable".

The International Tribunal for the Law of the Sea ordered Russia by 25 June to release and return the 24 Ukrainian sailors attacked and detained by the Russian FSB near Crimea in November 2018. Russia refused to comply, saying it does not recognize the court's jurisdiction.