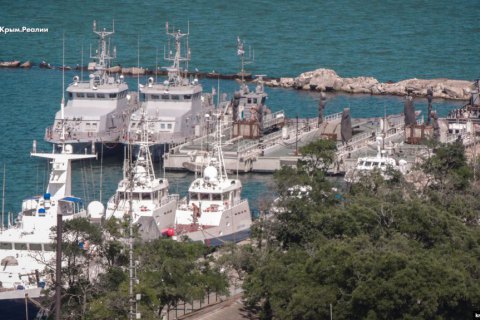 The Ukrainian naval cutters Nikopol and Berdyansk and the Yanu Kapu tugboat, which were seized by the Russian Federal Security Service (FSB) near occupied Crimea in November 2018, have disappeared from the Genmol berth in Kerch, where they have stayed since their seizure, Krym.Realii has reported.

They were moved to an unknown location.

On 25 May 2019, the International Tribunal for the Law of the Sea ruled that Russia must release all Ukrainian sailors and three ships it captured in November 2018.

Russia has to report back to the tribunal today.

Previously, it said it was not going to comply with the tribunal resolution.

Russia attacked and seized three Ukrainian naval ships with 24 servicemen on board on 25 November 2018 in the neutral stretch of the Black Sea as they were moving from Odesa to the Ukrainian port of Mariupol. Several sailors were wounded. The detainees were first taken to Simferopol, where they were arrested, and then to Moscow where they are currently held in custody.