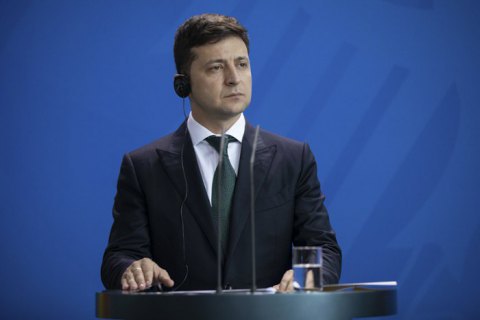 Ukrainian President Volodymyr Zelensky has said that he is "disappointed" by the decision of the Parliamentary Assembly of the Council of Europe (PACE) to restore the Russian delegation's voting rights.

“Last week I personally discussed this issue with the president of France and the federal chancellor of Germany. I tried to convince Mr Macron and Mrs Merkel that the return of the Russian delegation to the PACE is possible only after Russia fulfills the Assembly’s fundamental requirements. It is a pity that our European partners did not hear us and acted differently," he said on Facebook.

"The main argument in favour of the return was the need to protect human and civil rights as the highest democratic values. I hope that no-one had any thoughts about material values as the regards the issue of the protection of democratic values," Zelenskyy added.

He thanked the members of the Ukrainian delegation and friendly national delegations for their "courageous struggle till the end".

The Ukrainian president recalled that today Russia must report to the International Tribunal on the Law of the Sea which ordered it to release the Ukrainian sailors and vessels it detained near Crimea in November 2018.

"We can hardly wait how the declarations on the supremacy of law will translate in reality," he said.